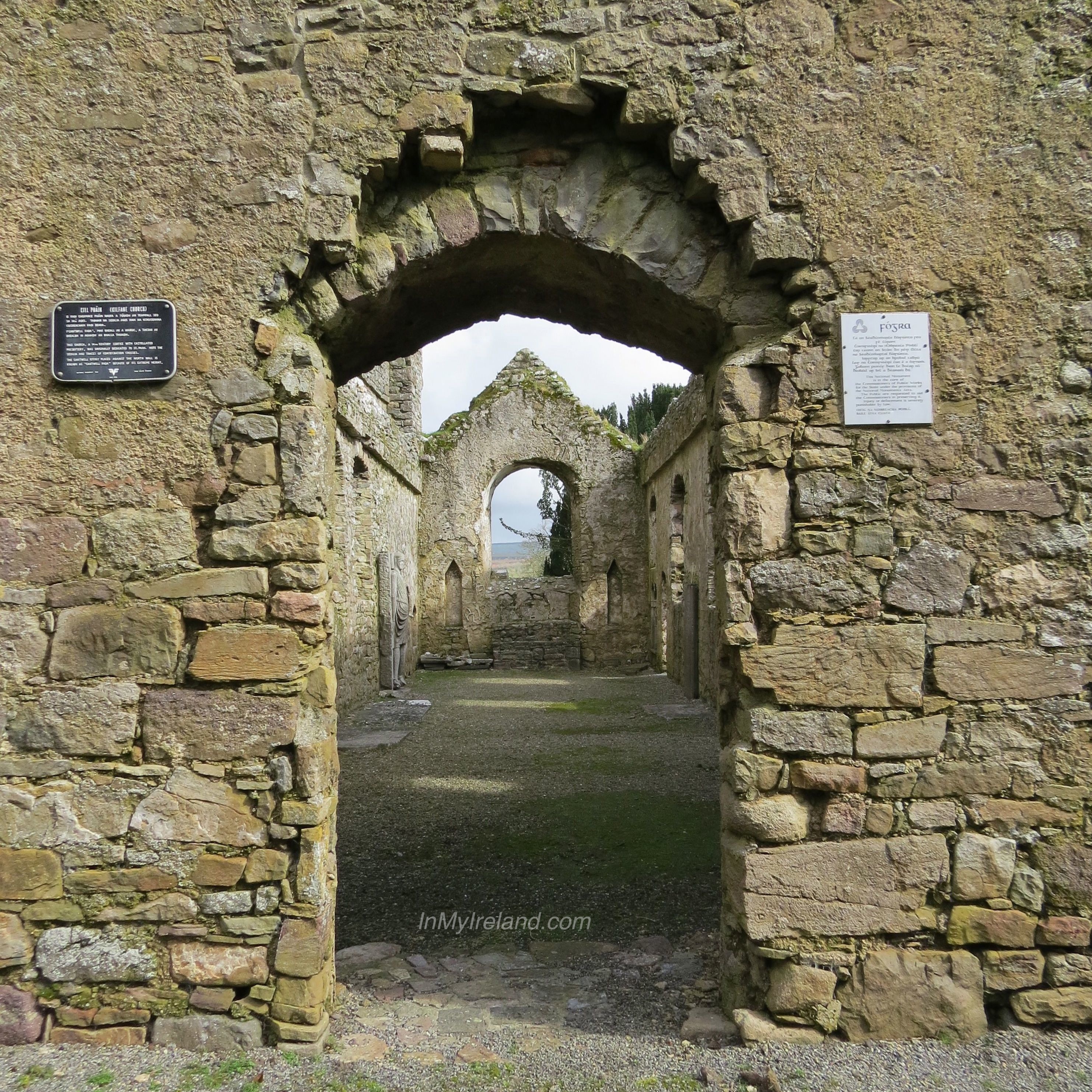 The main feature of this lovely ruined 14th Century church is is the Cantwell Fada, an effigy of a knight built in the 1320s/30s, but during our visit we were pleasantly surprised by a real treasure-trove of interesting and well-preserved features. 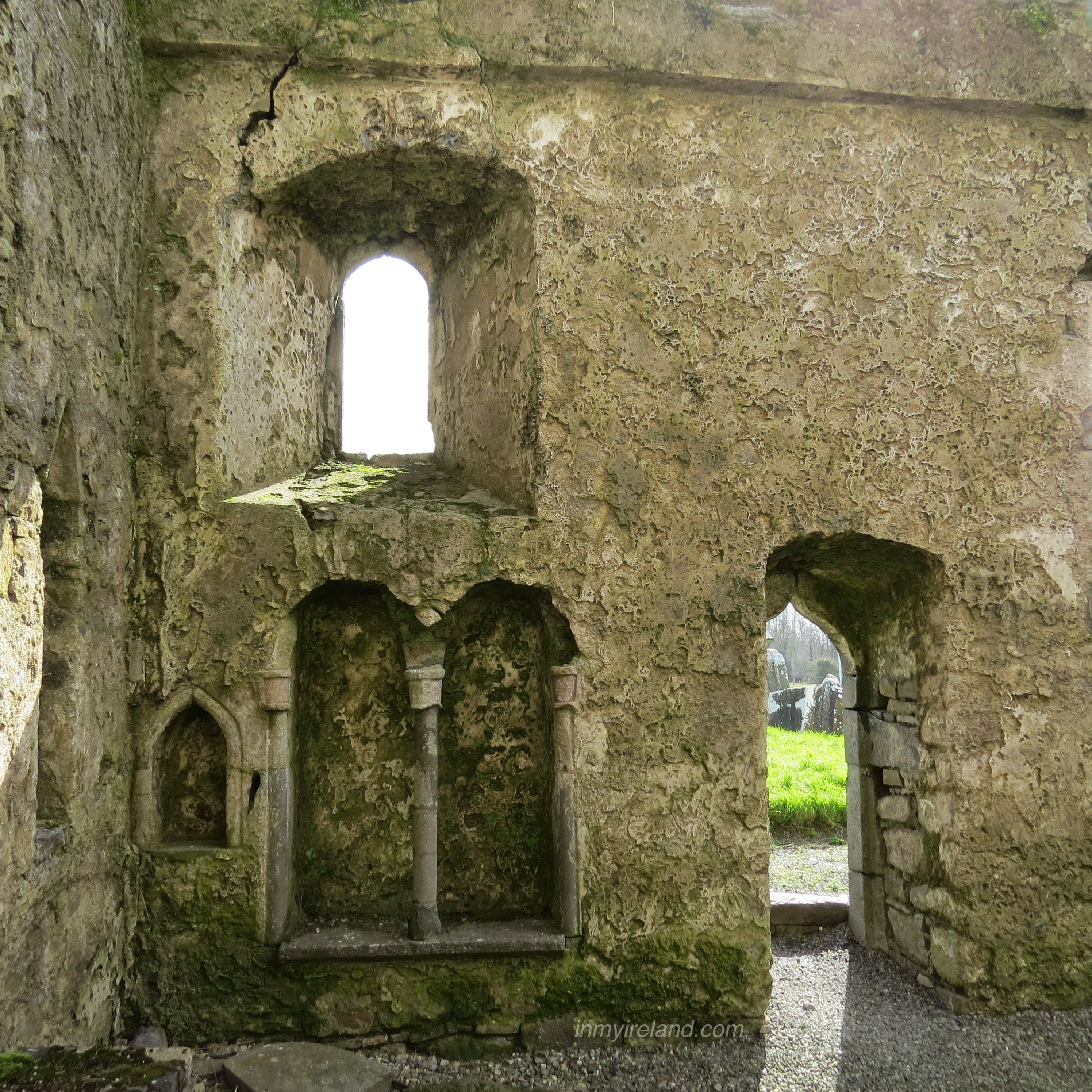 Three original doorways in the north and south walls headed by ogee stones, remains of an altar, piscina, book rest and multiple recesses all grace the interior walls.

Carved from a single slab of limestone standing against the North wall, the Cantwell Fada (long man) is famous for its intricate detail, historical relevance, and at over two metres in height, the tallest such effigy in Ireland and Britain. With legs crossed (possibly signifying that he had been on the Crusades), wearing a fine suit of chain mail, spurs and accompanied by sword and shield bearing the arms of the Cantwell family, it is believed that the figure represents Thomas de Cantwell who died in 1320. The effigy is beautifully carved, well preserved and definitely worth the trip to this wonderful church.

A 13th century sedilia near the altar is believed to have come from an earlier church at the site. In addition, the church has an adjoining original 3-storey fortified presbytery and bell tower which is definitely worth exploring.