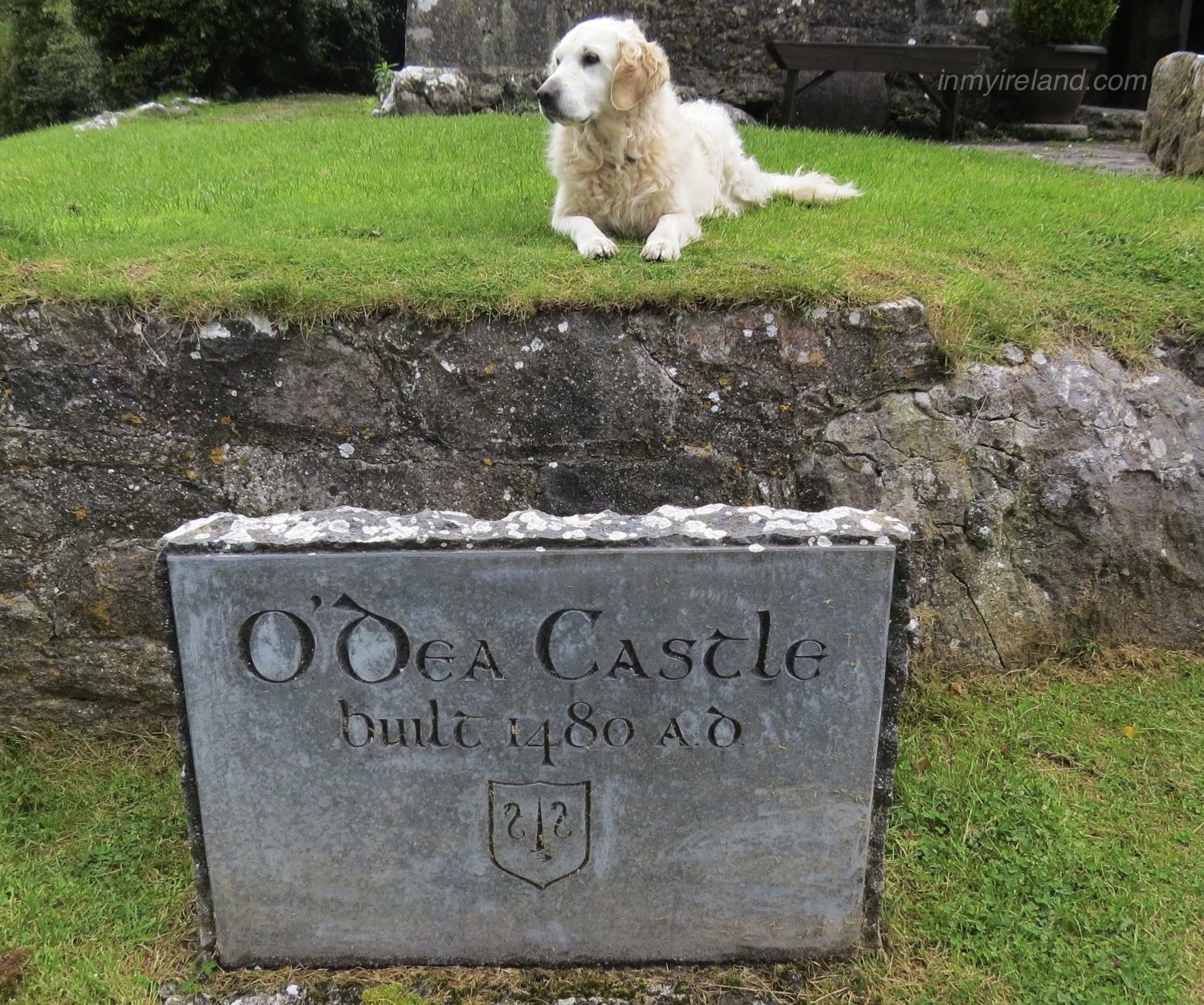 O’Dea Castle, also known as Dysert O’Dea Castle, is an Irish fortified tower house, situated at Dysert O’Dea (Irish: Dísert, meaning “hermitage”), the former O’Dea clan stronghold, 5 kilometres (3 miles) from the village of Corofin, County Clare just off the R476 road. When driving to Corrofin from Ennis, look for the sign posts, then follow the track and finally the castle, which is slightly hidden, but well worth a visit. 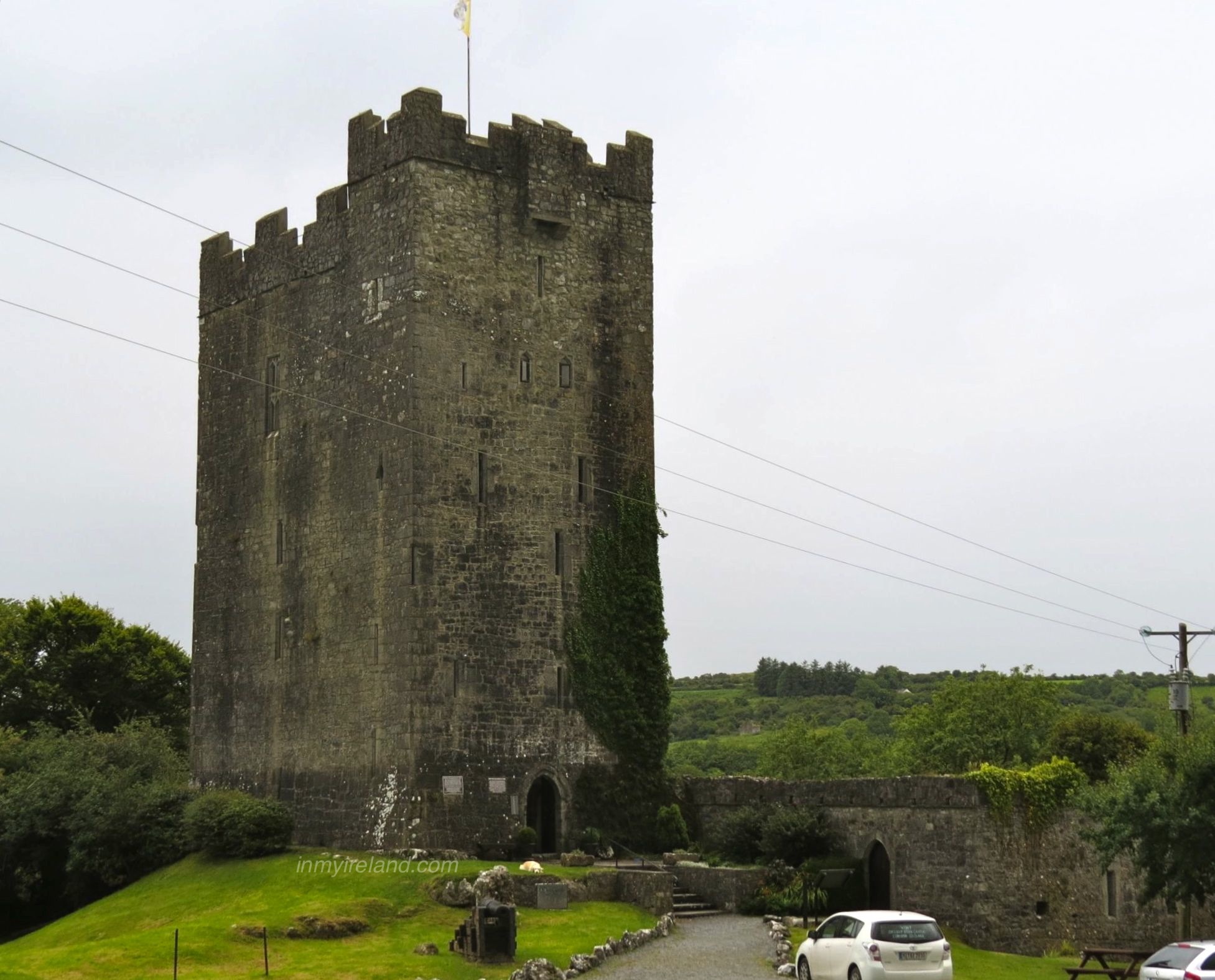 The Battle of Dysert O’Dea, which drove the Anglo-Normans from the region for over 200 years, took place at this site on 10 May 1318. The castle was built some years later, between 1470 and 1490 by Diarmaid O’Dea, Lord of Cineal Fearmaic. The Earl of Ormond took the castle from the O’Dea clan in 1570 by force. By 1584, however, they had regained it and at that time, Domhnall Maol O’Dea was listed as owner. Domhnall supported the northern Chiefs in the Nine Years’ War of 1594-1603 and subsequently Dysert Castle fell to the Protestant Bishop of Kildare, Daniel Neylon, who in 1594 bequeathed it to his son, John. The castle however eventually returned to the O’Dea clan… 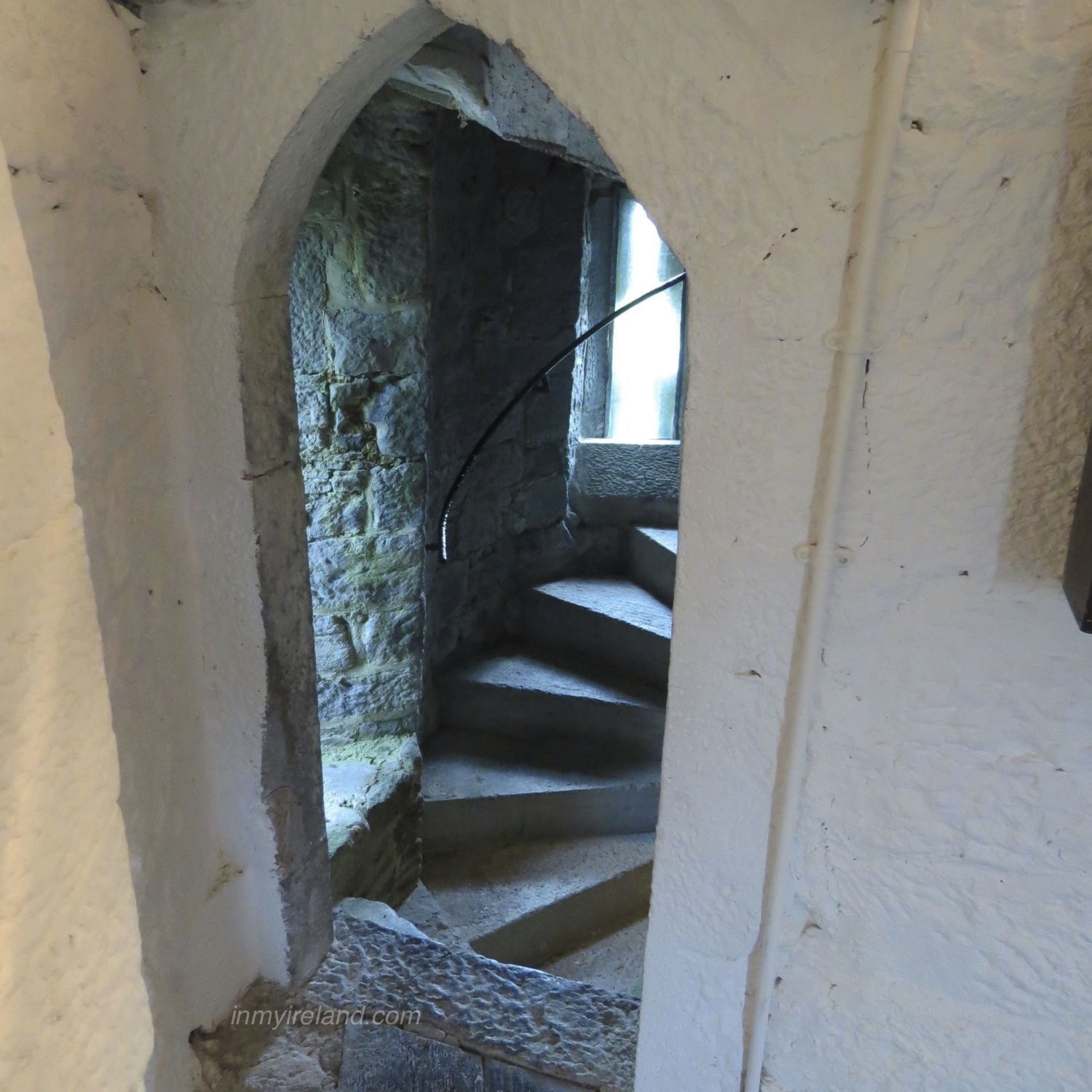 After the fall of Limerick in 1651 to the Cromwellian forces, they maintained a small garrison here, but as soon as they left, the soldiers demolished the battlements, upper floors and staircase. The Neylon family then returned but during the reign of Charles II, Conor Cron O’Dea managed to regain the castle. Conor’s sons, Michael and James, supported the cause of James II and once again lost the castle though. The lands passed to the Synge family but the castle eventually and gradually fell into ruin. 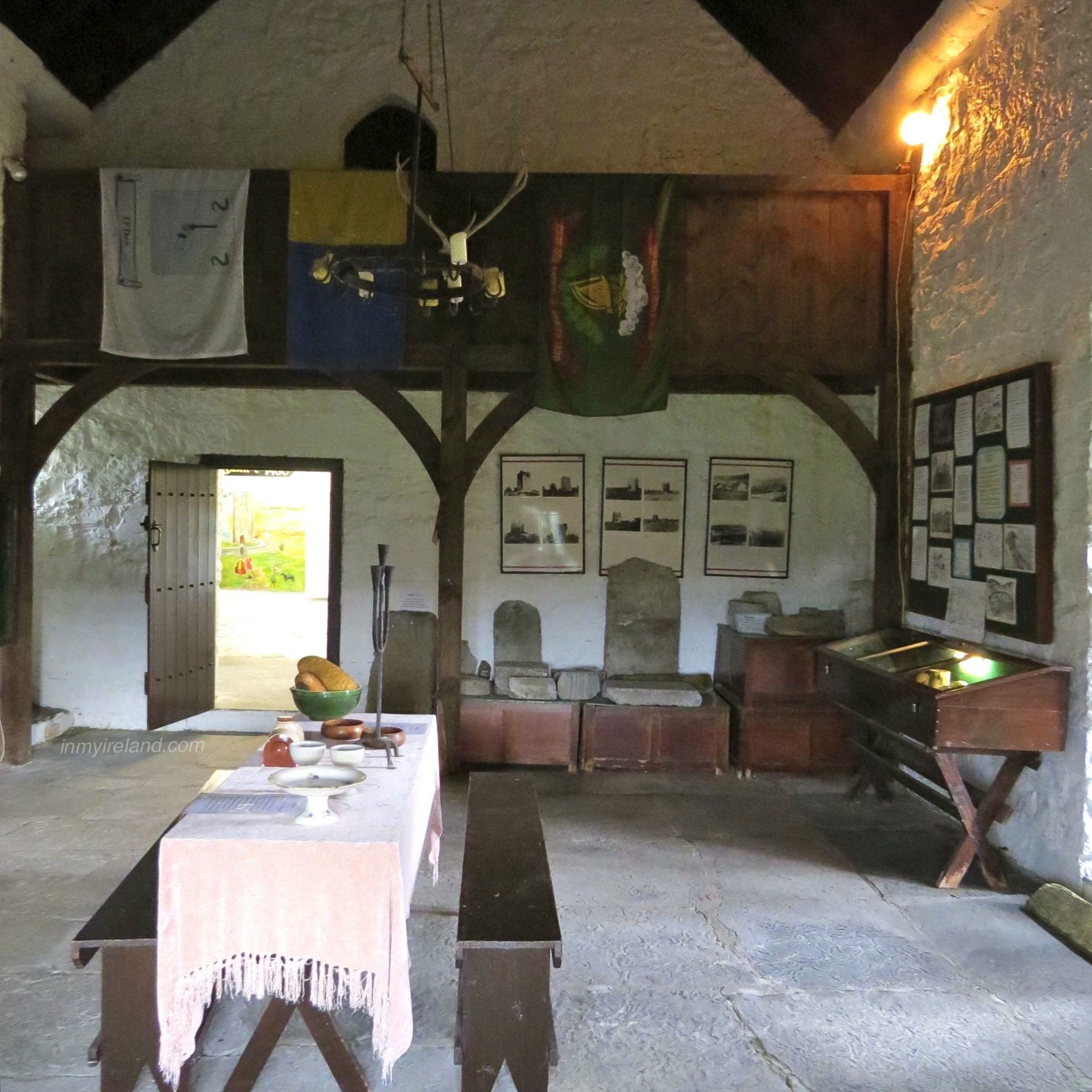 In 1970, John O’Day of Wisconsin Rapids, Wisconsin (USA) purchased the tower and had it restored. The castle was then leased to the Dysert Development Association, which, with support from the Irish Tourist Board, opened it as “The Dysert O’Dea Castle Archaeology Centre” in 1986. It showed an exhibition of local artefacts from the stone age to 1922.

The tower won the “Clare Tourism Award” for being one of the most authentically rebuilt castles in Ireland.

It is open to the public for a small entrance fee and well worth a visit and exploration. We were able to explore the castle at our leisure and even go onto the roof, where we were treated by amazing views of the surrounding countryside. 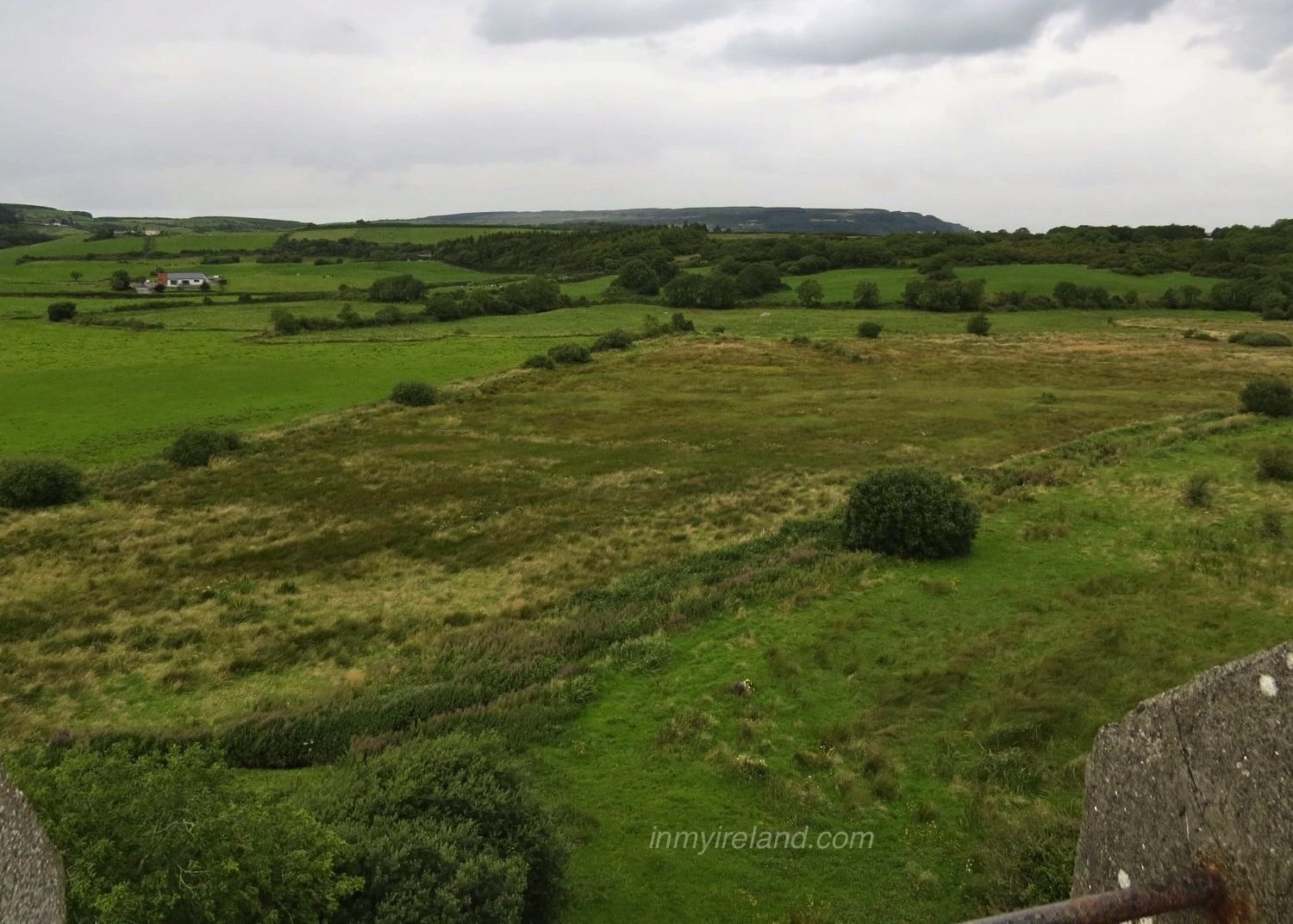