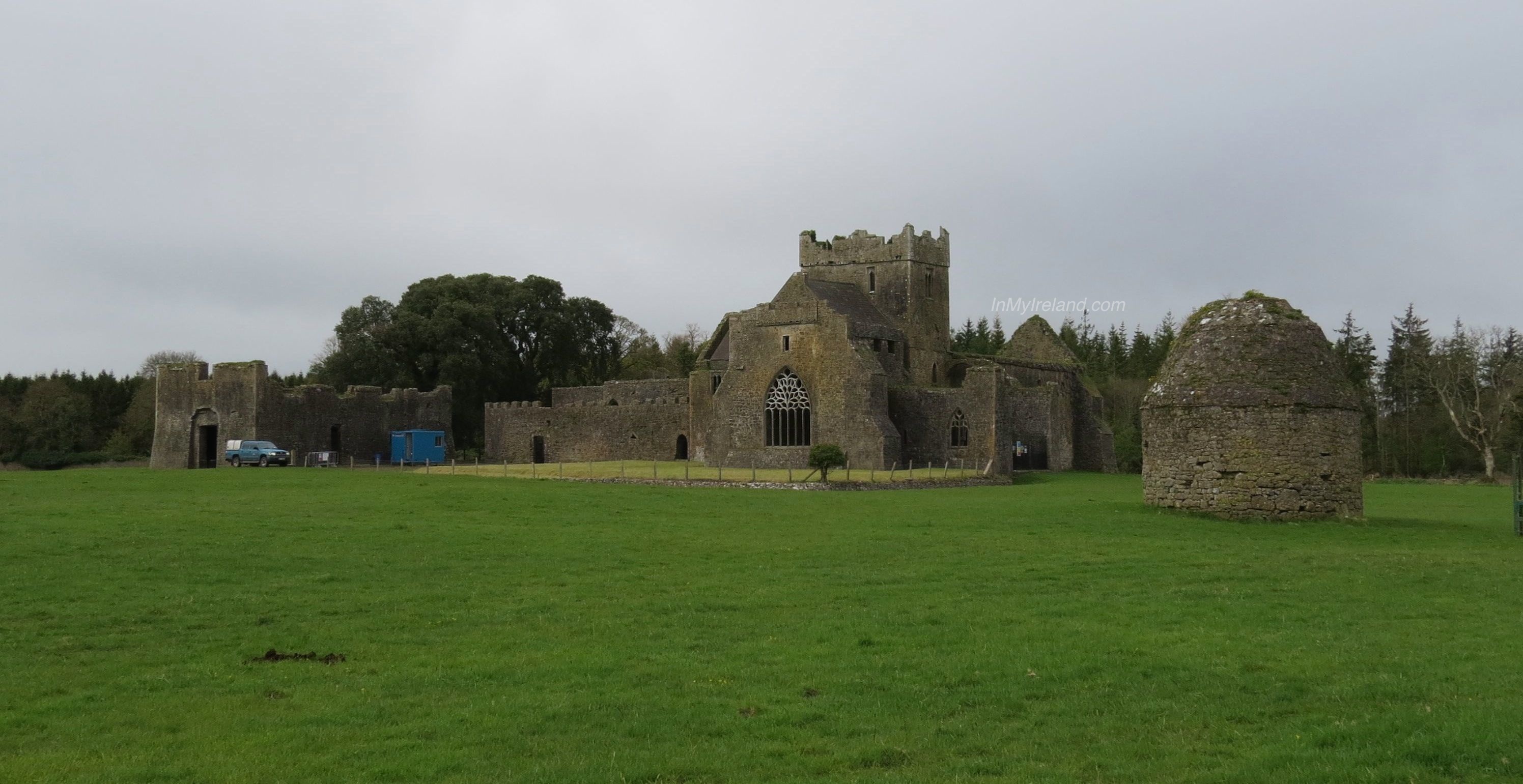 Kilcooley Abbey is a Cistercian abbey situated close to the village of Gortnahoe in Tipperary, Ireland. The now derelict abbey is located within the grounds of the Kilcooley Estate, the main house of which is privately owned and occupied, though the abbey itself is open to and accessible by the public. 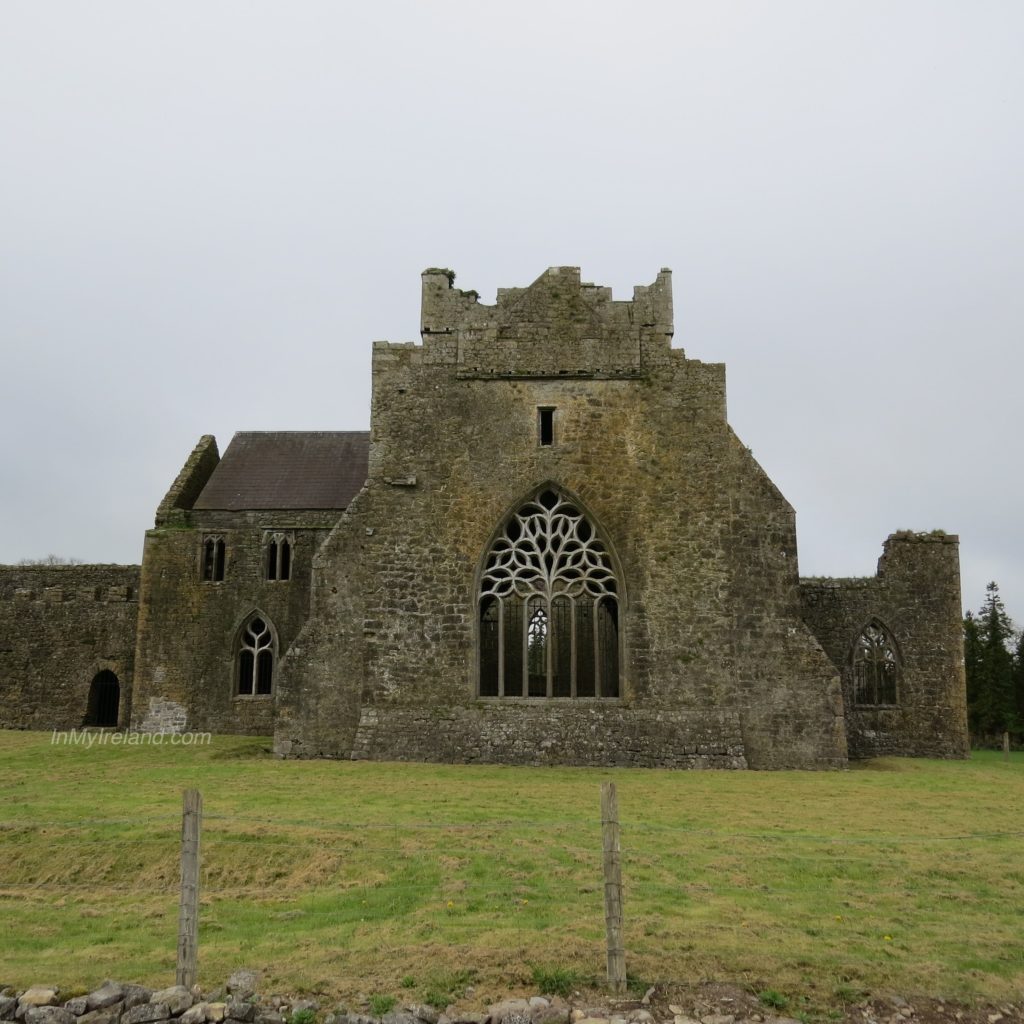 The abbey dates from 1182 when Donal Mor O’Brien granted lands to the Cistercians, to build an abbey here. The abbey, which is a sister house to both Jerpoint Abbey and Holy Cross Abbey, is considered to be a hidden gem, not well known, tucked away as it is in this remote corner of Co. Tipperary, inside a private walled estate. 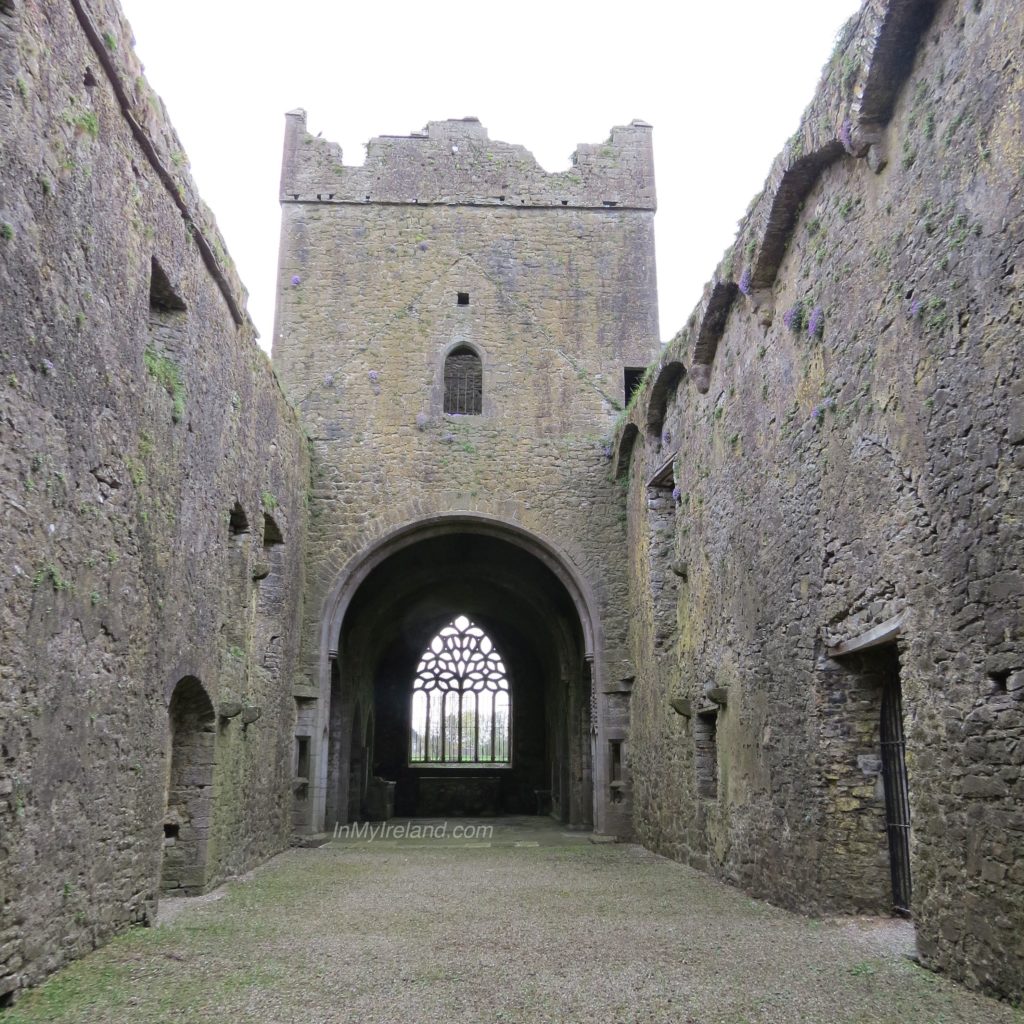 After the Reformation, Kilcooley passed into the possession of the Earl of Ormond. It was granted to the English-born judge Sir Jerome Alexander in the 1630s and through his daughter, Elizabeth, it passed by marriage to the Barker baronets of Bocking Hall, the last of whom died in 1818.

The Cloisters of the abbey are long gone with only one column still remaining. The path of the cloisters though still remains with a pebbled walkway around the grass square. 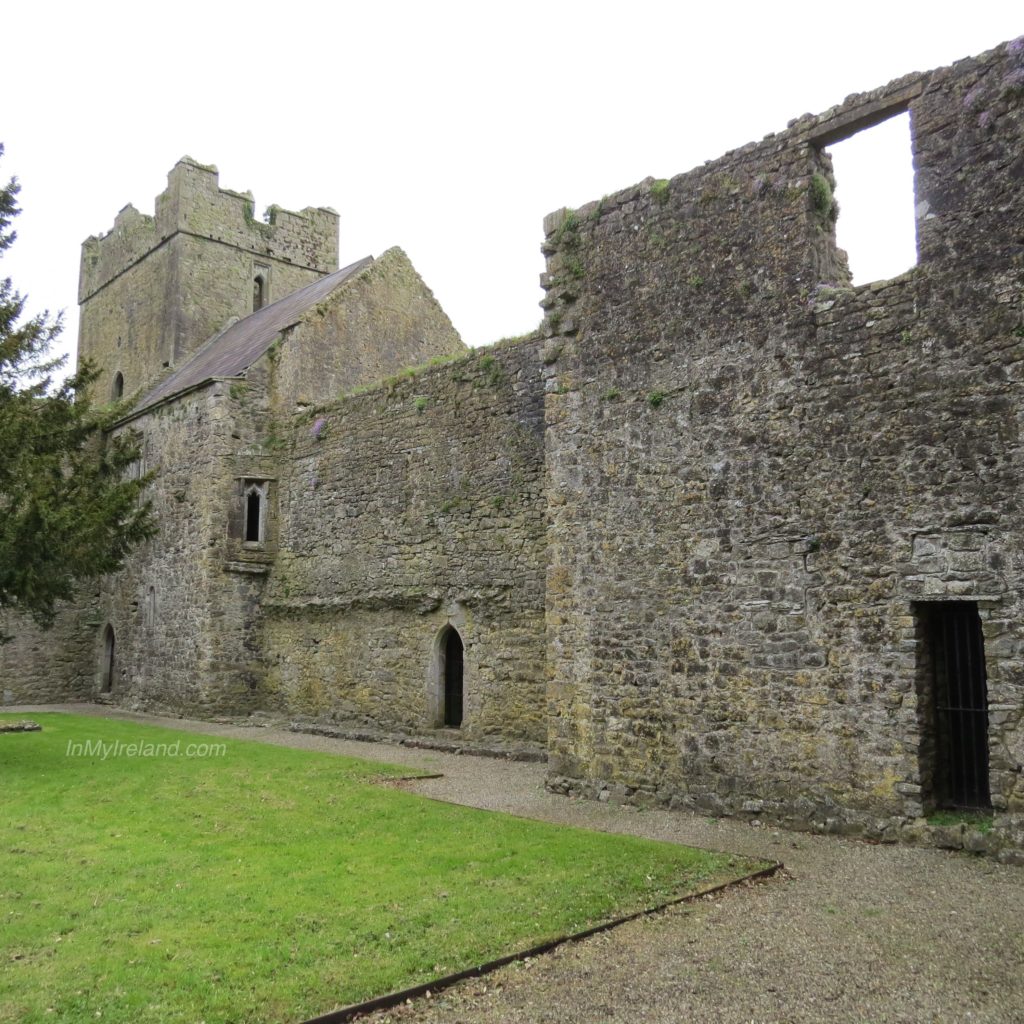 The main part of the abbey consists of the Entrance Chamber, the Church, the Tower and the Sacristy. The Entrance Chamber has a well carved baptismal font on its south wall. The nave of the church is still roofed, but the rest of it is out in the open. The church has two large carved windows on its east and west side. The chancel contains two stone tombs and a stone altar. 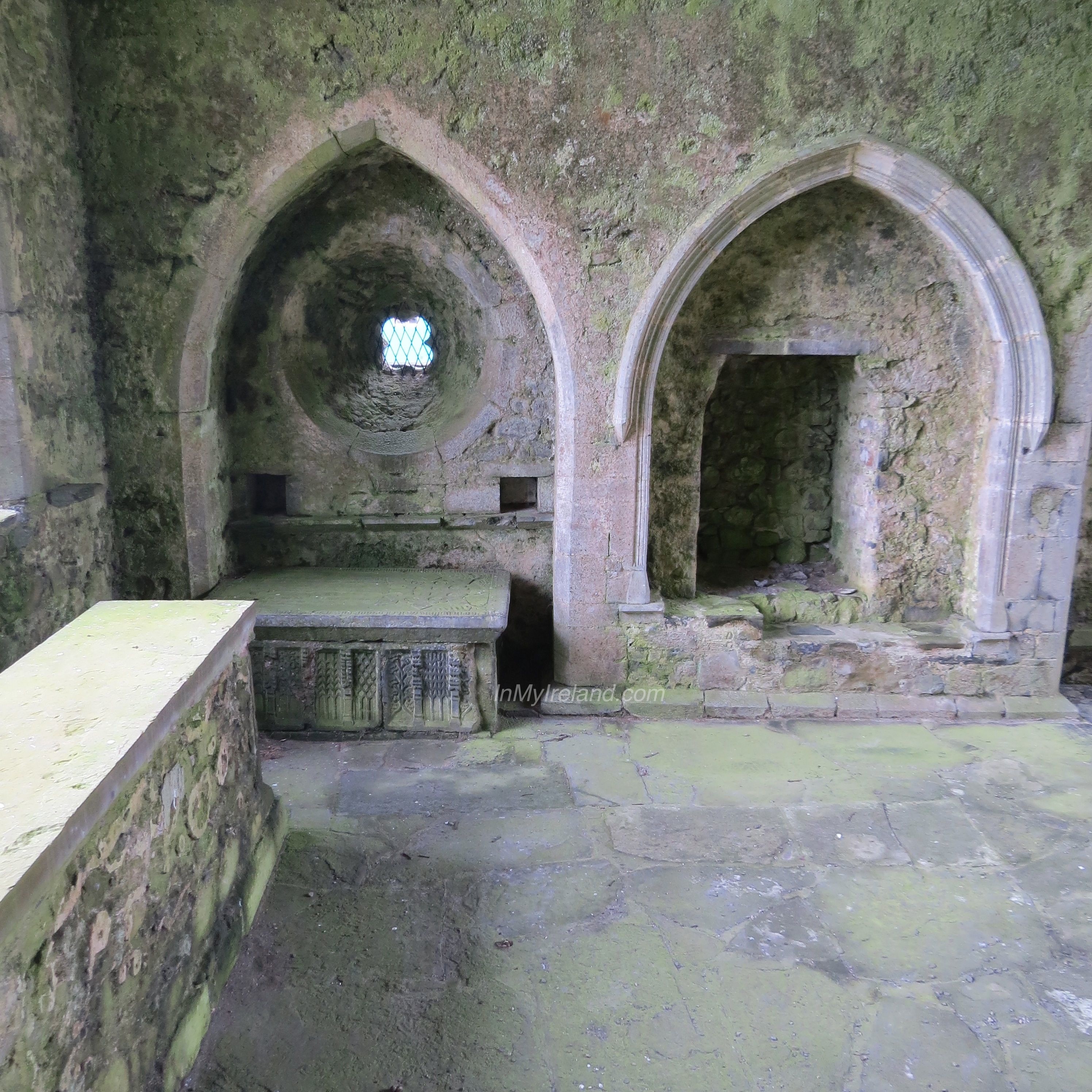 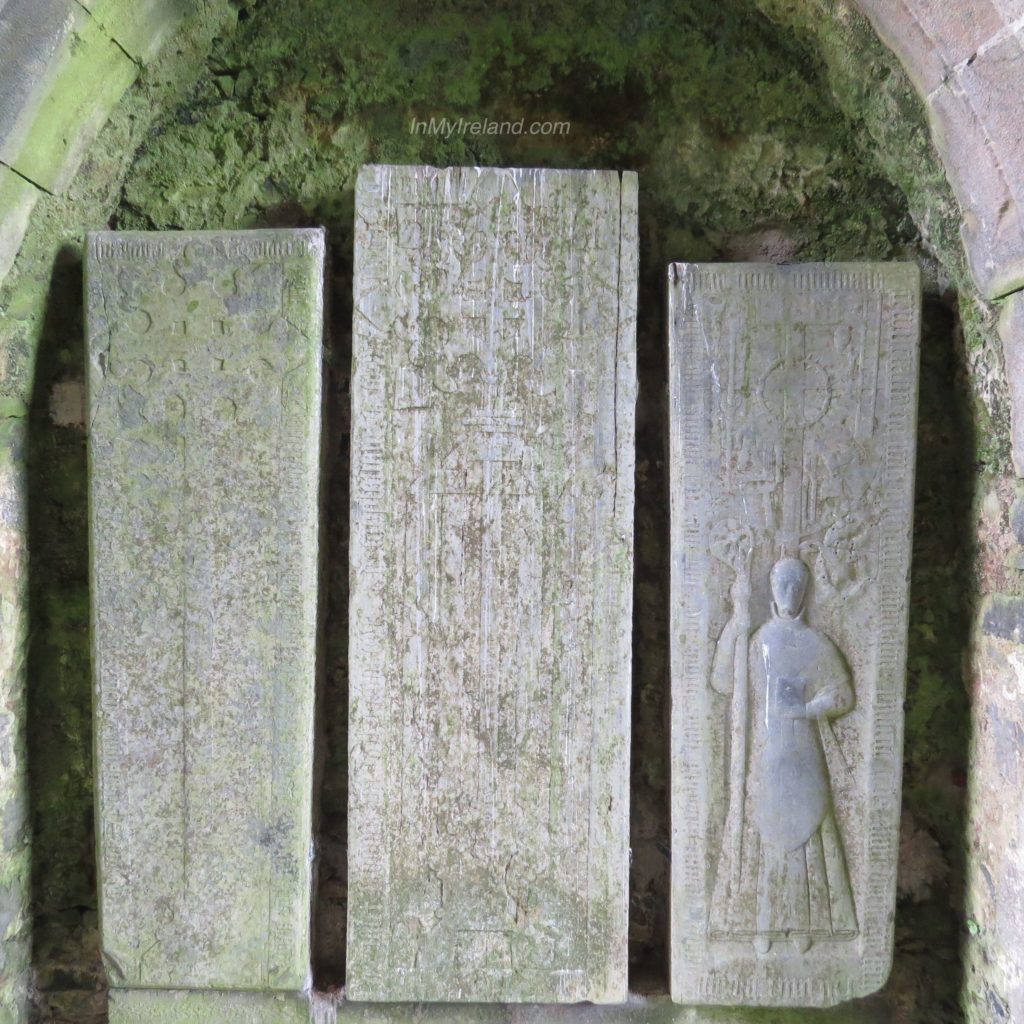 One of these tombs is that of the knight Piers Fitz Oge Butler. His tomb records his death as taking place in 1526 and has some carvings of 10 apostles on the side of it carved by Rory O Tunney, who is also noted for his work in Jerpoint Abbey. 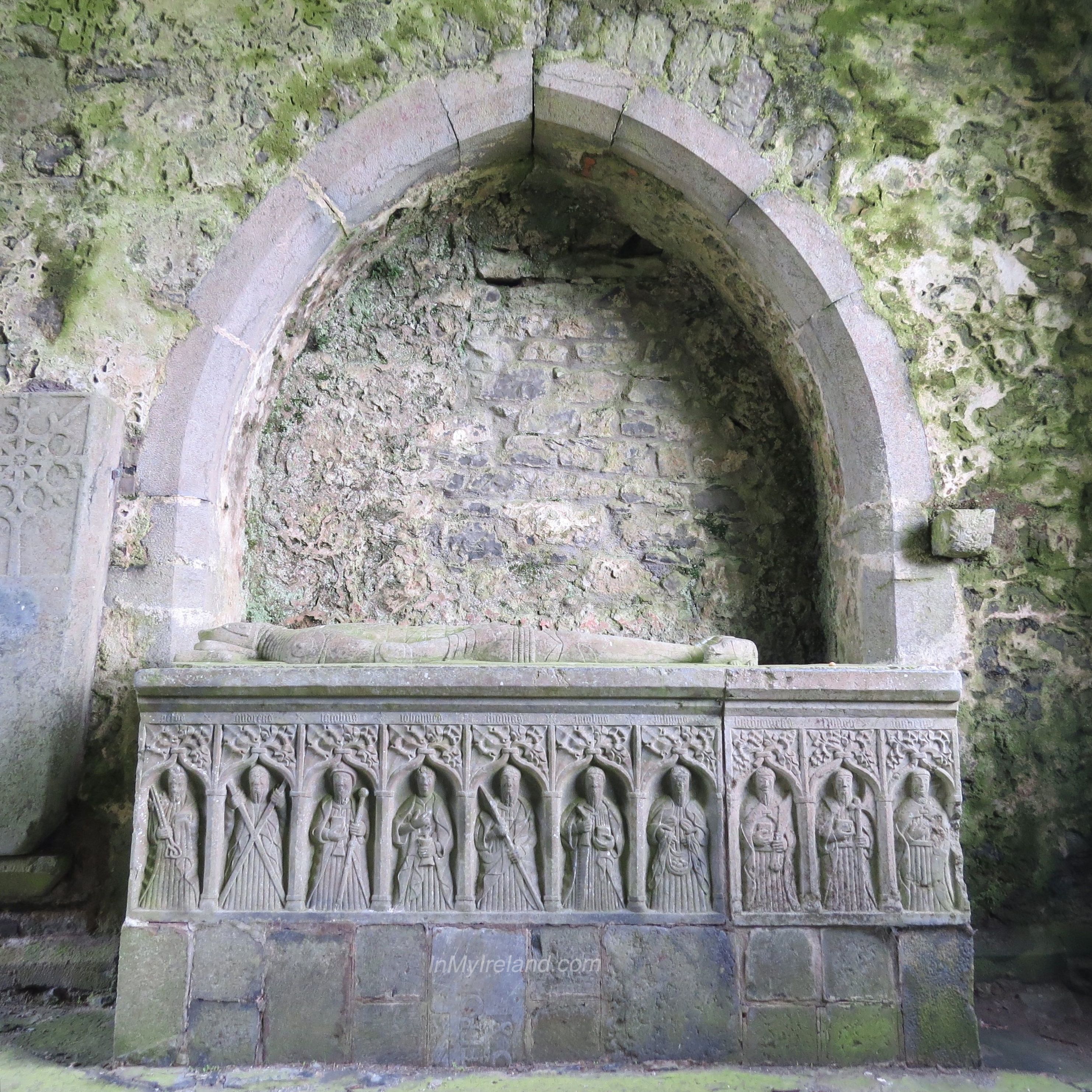 On top of the Butler tomb there is the effigy of a knight with a dog curled up at his feet. 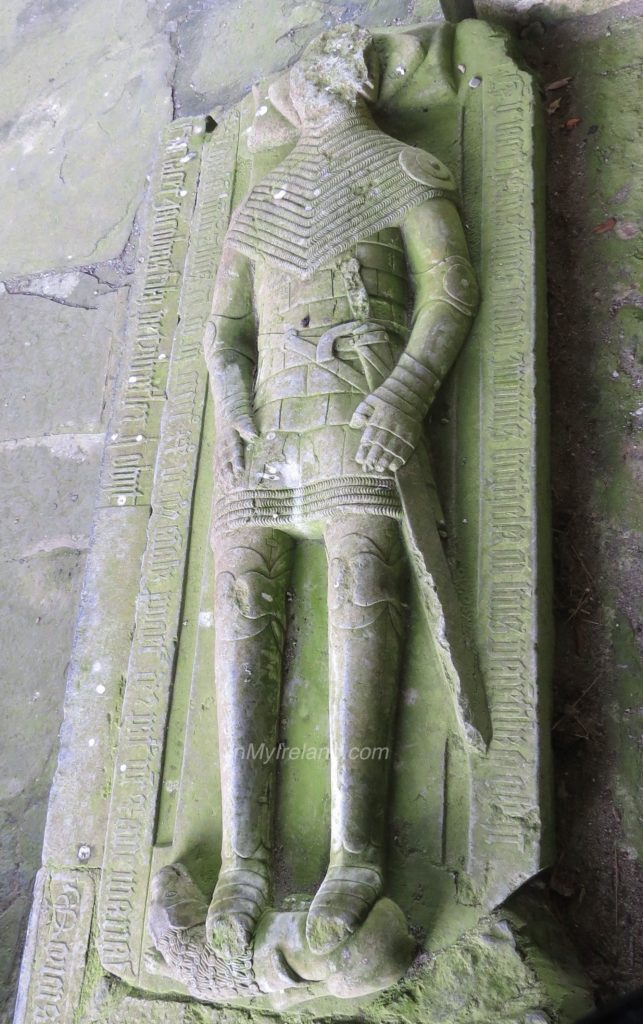 The Sacristy is entered through a carved archway that has many carvings, such as a scene depicting the crucifixion and a mermaid holding a mirror, which was meant to depict vanity. Roger Stalley suspects this screen wall may represent the entrance to a private Butler chapel, as two Butler shields are depicted. The east end of the nave is notable, because seats for the officiating clergy have been carved into the crossing piers. 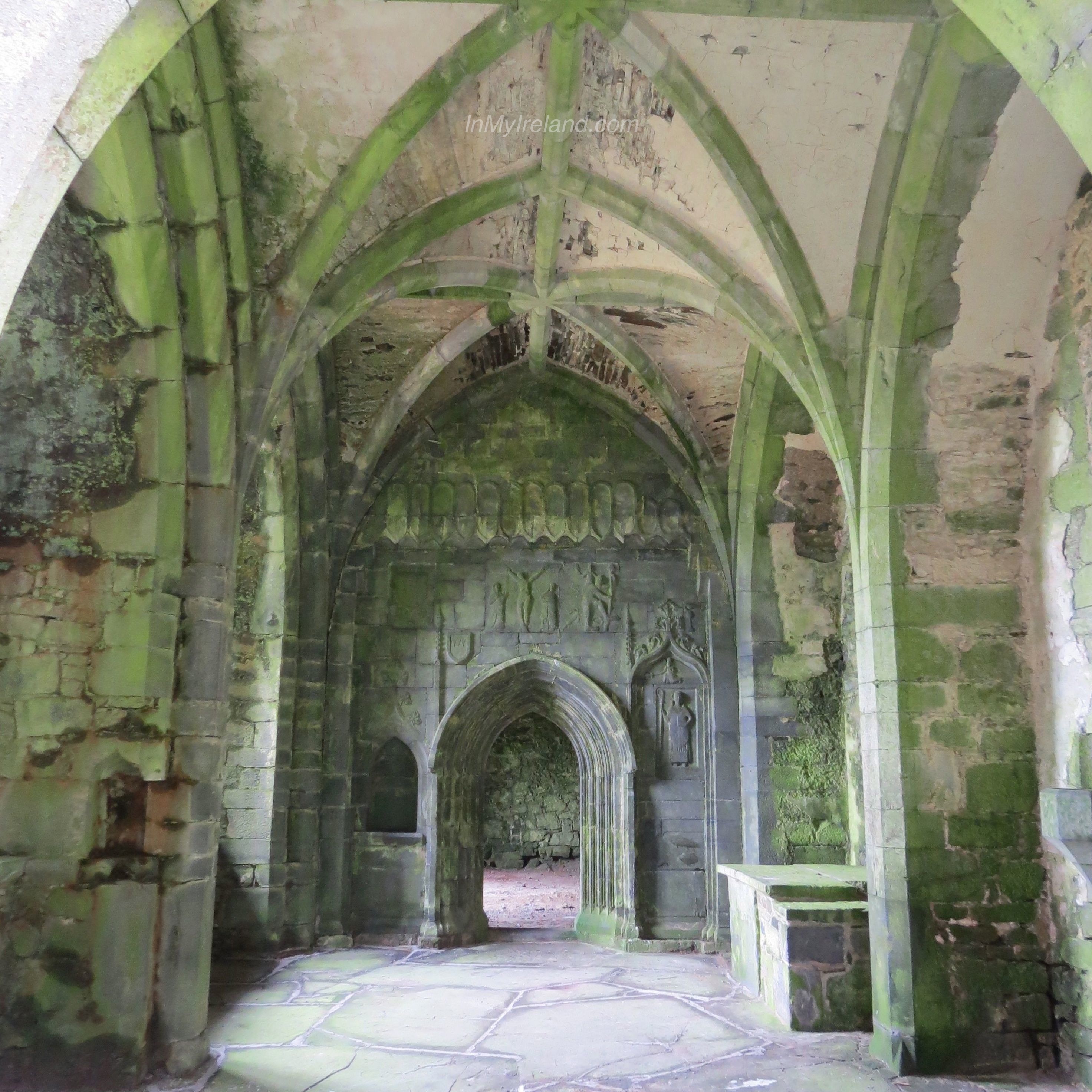 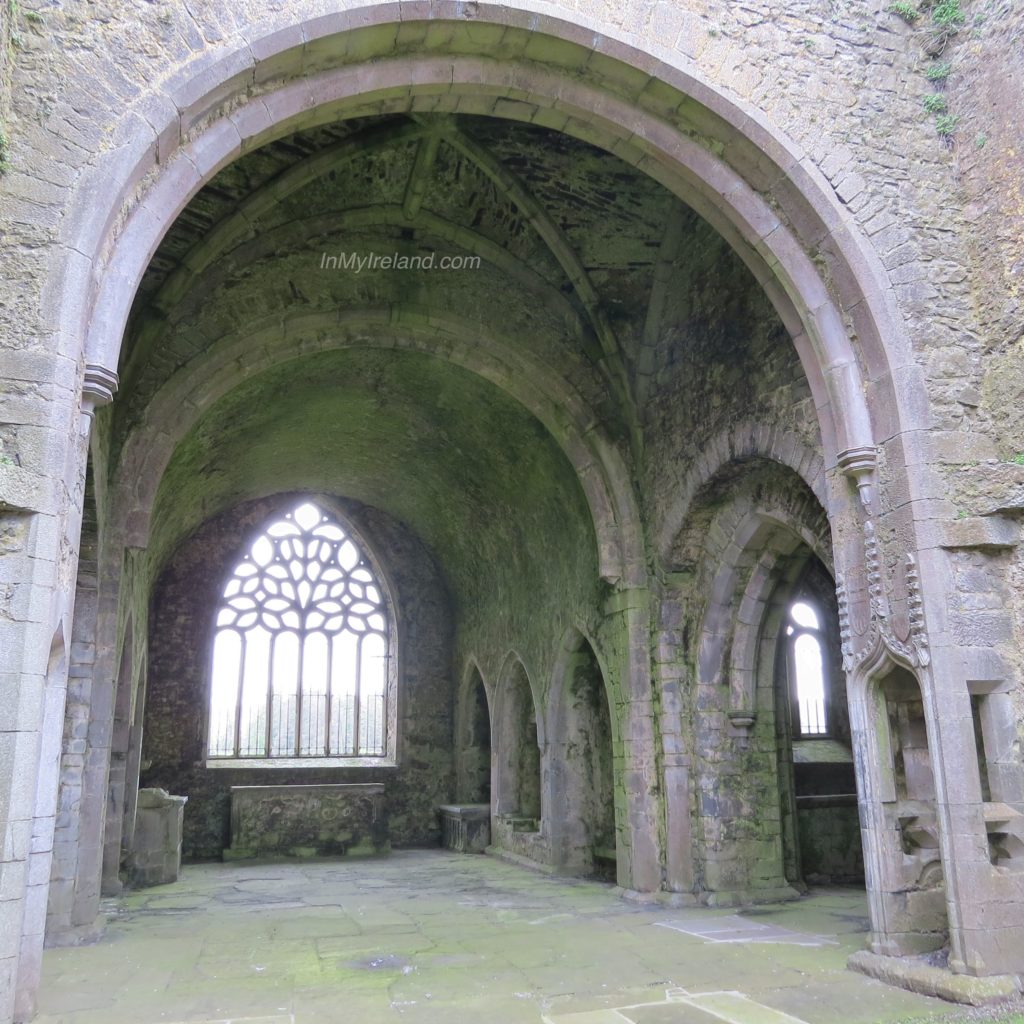 Outside the abbey there is also a beehive shaped ruin. It is not known whether this was used as a Columbarium to store ashes or a dove-cote for pigeons. But most probably it was a dove-cote since there is a 3-foot (0.91 m) wide hole in the ceiling from which they would have entered and left. Also outside the abbey is the Infirmary which is still in a fairly good condition although access to the roof of it is blocked. 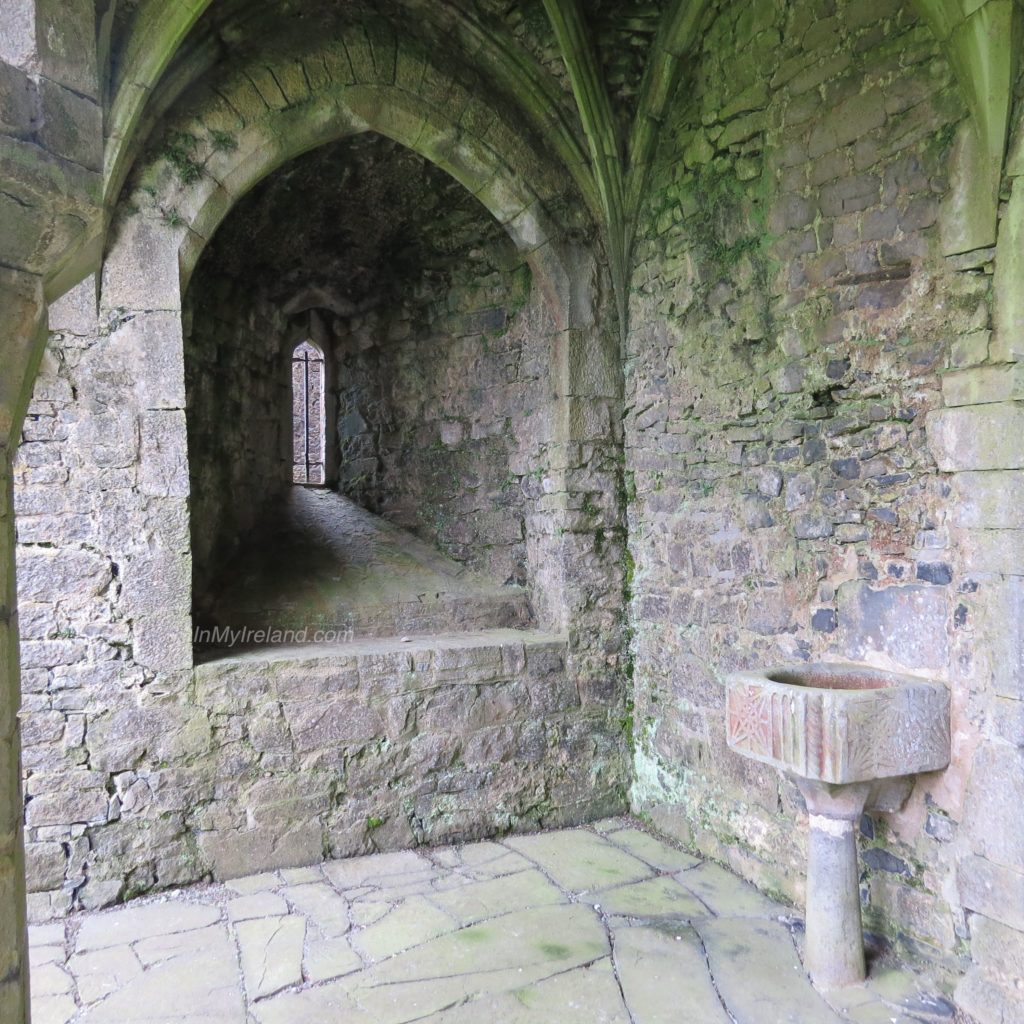 Beside the Cloisters the Parlour and Chapter House are still there. Also the Calefactory (Warming room) still remains but without a roof. And on the south side of the Cloisters the Monks Dining Hall still stands. Although the dining hall has no roof, it still has a spiral staircase, but this has been barred up along with all the second floor rooms such as the Monks Dorms and the Main Tower, the Parlour, Chapter House, and Calefactory.

Much of the abbey however is open and accessible and well worth a visit.