Before we moved to Ireland I chatted with a native about his chickens and chicken housing and management and asked him how they manage the wet conditions and rain here. He told me “Honestly, it doesn’t rain THAT much in Ireland!” About 5 months after we arrived this happened: 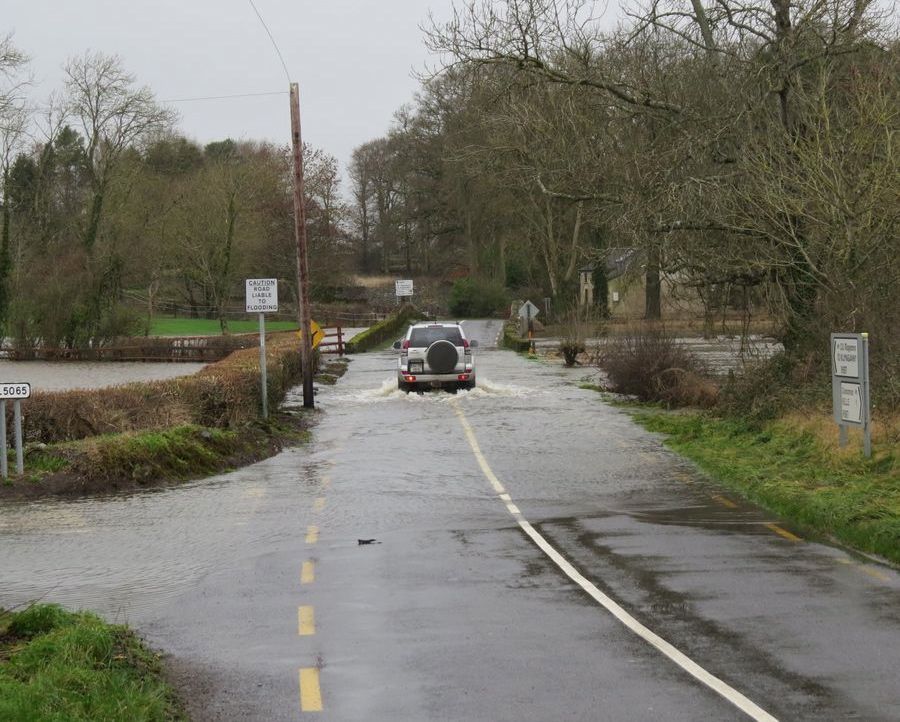 On our first visit to Ireland, we arrived in October and anticipating a cold winter, asked the locals if we can expect to see snow. Every single one of them responded with exactly the same answer: “It NEVER snows here! But it did two years ago.” A few weeks later this happened:

About two weeks after this pic was taken, we picked up a hitch hiker and and I asked him if he thinks we’ll be getting more snow. Guess what he said to me? “It NEVER snows here! But it did two years ago.”

I’ve come to the conclusion that the Irish are in denial about their weather and should NOT be trusted!

After spending more than 2 years in Ireland myself, in total, and switching from wishing it would rain to wishing it would stop, experiencing a few light snowfalls, getting drenched and learning which flooded roads are safe to navigate and which are better avoided, I’ve learned to enjoy and appreciate sunny days. There are plenty of those and they are wonderful, even if many of them are interrupted by quick, light showers, coming seemingly out of nowhere and disappearing again before you had time to change your plans, or in my case, find shelter.

The Irish don’t think they get a lot of rain, but they do get rained on often. “Frequent rain” comes to mind first when I am asked about the weather. Followed by “mild”. Temperatures are mild year round, with a few evenings and early mornings dipping to below freezing and mid-summer days occasionally seeing a hot day. But summer days are generally quite comfortably warm… with the odd shower.

In spring (February – April), the average highest temperatures range from 7 to 12°C/46 to 54°F, with April considered quite pleasant.

In summer (May – July), the averages for highest temperatures are between 17 and 18°C/64 and 68°F, but the temperatures may occasionally rise to the low 30°C/mid 80’s Fahrenheit. This is not very common though.

In autumn, (August to October) the highest temperatures average between 13 and 17°C/57 and 64°F. September is considered a mild, temperate month.

The sunniest months in Ireland are May and June when sunshine duration averages between 5 and 6½ hours per day over most of the country. The southeast gets the most sunshine, averaging more than 7 hours of sunshine a day in early summer. December is the dullest month with an average daily sunshine ranging from about 1 hour in the north to almost 2 hours in the southeast. Over the year as a whole most areas of the country get an average of between 3¼ and 3¾ hours of sunshine each day. Irish skies are completely covered by cloud roughly half of the time. I did mention earlier that I’ve learned to appreciate and enjoy sunshine!

With all this in mind, what to wear and what clothes to bring to Ireland for the unpredictable weather is a frequently asked questions by visitors. I always tell people to bring whatever they feel comfortable in, as long as they are modest and neat and to bring a light, waterproof jacket for summer, a heavier coat for winter and a pair of waterproof shoes with good gripping soles year round. In spite of the frequent rain, many sidewalks, steps and parts of the roads here are slippery underfoot when wet and on roads outside the towns and cities, covered in puddles, due to inadequate roadside drainage. So if you plan to hike or walk around a lot, bring the right shoes!