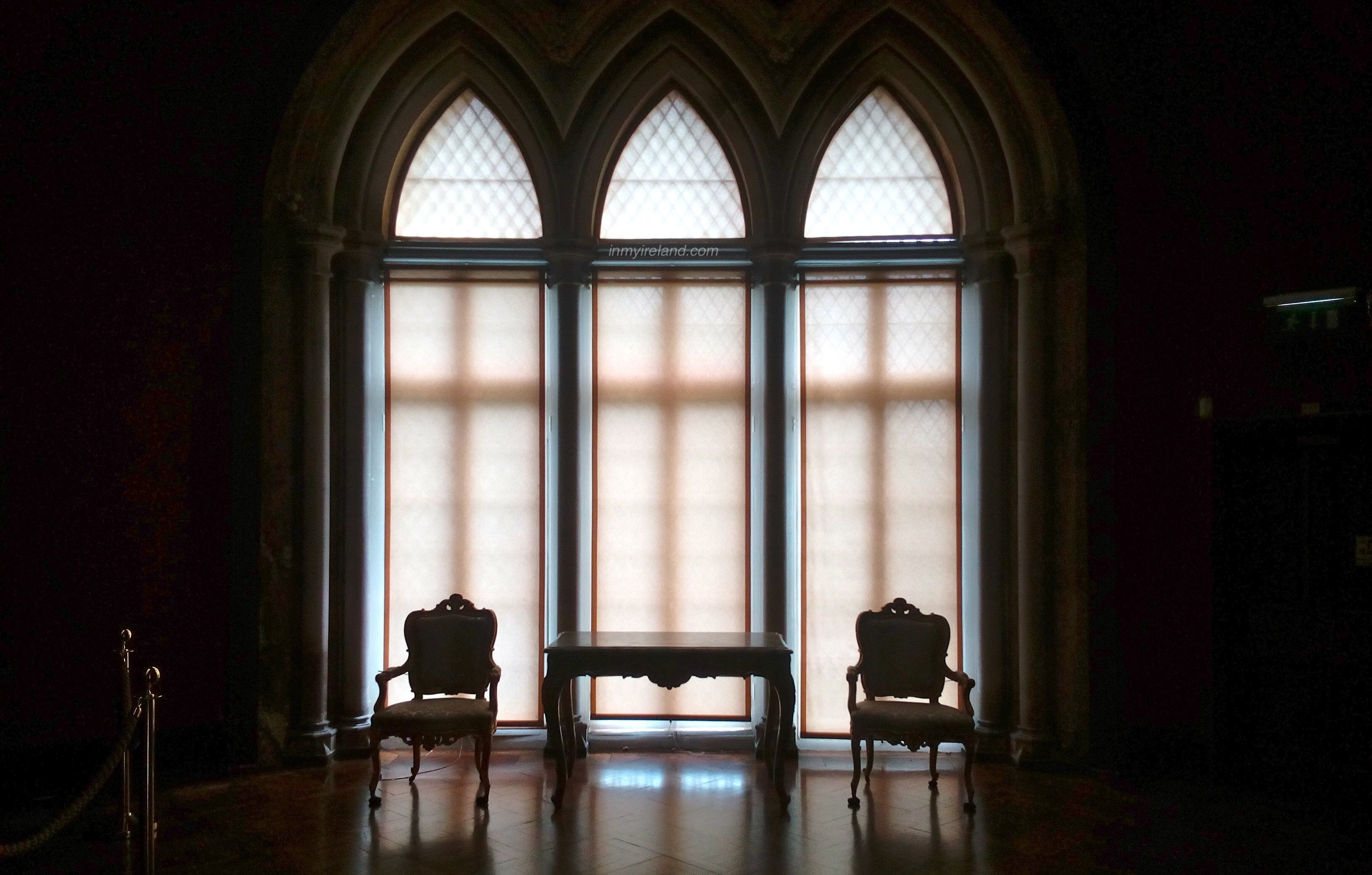 Kilkenny Castle plays host to a number of ghost stories, unsurprising really, given that there has been a castle on the site in one form or another since 1195 and, like most of the ancient buildings in Ireland, it has seen its share of deaths and tragedy.

Kilkenny Castle was home to the Butlers of Ormonde until it was sold to a Castle Restoration Committee in 1967, before being passed into the hands of the OPW. There are as many as 41 ghosts rumored to roam its grounds, many of them said to be of the Butler family. The most frequently sighted being the castle’s “white lady” who has often been seen roaming the castle’s gardens and adjacent river banks below. She had also been seen wandering the corridors and staircases and is speculated to have been inadvertently photographed in 2010 by two teenager visiting the castle, shortly after a reported sighting by a young boy in the same spot. Kilkenny residents believe this spirit to be that of Lady Margaret Butler, who was born in the castle in either 1454 or 1465. She married Sir William Boleyn and through her eldest son Thomas, was the paternal grandmother of Anne Boleyn, second wife of King Henry VIII of England.

More discreet hauntings include an electronic counter in the Parade Tower, used for counting visitors to the thirteenth century part of the fortress, which continues to count up to a hundred visitors during the night hours, while the tower is locked and out of public reach. The tower sits over what was formally a dungeon, where it is said many poor souls would have been imprisoned before passing away.