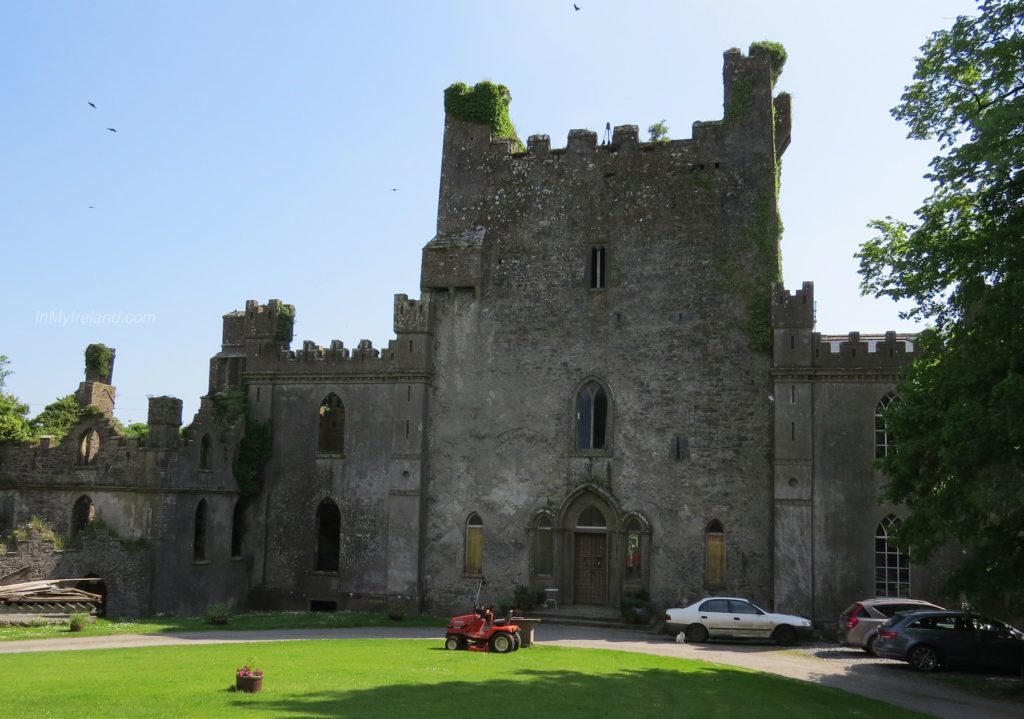 I visited Leap castle curious about the castle itself as much as its reputation of being the “most haunted castle in the world”. I was pleasantly surprised from the moment I was greeted at the door by its current owner, Sean Ryan, who  graciously shared with me some of the history of the castle, his efforts in sympathetically restoring it and of course his experiences with the spirits that is said to haunt the ancient building.

After equipping me with a flashlight, instructions on where to find light switches and a request to close doors upstairs, he left me to explore the castle unaccompanied. 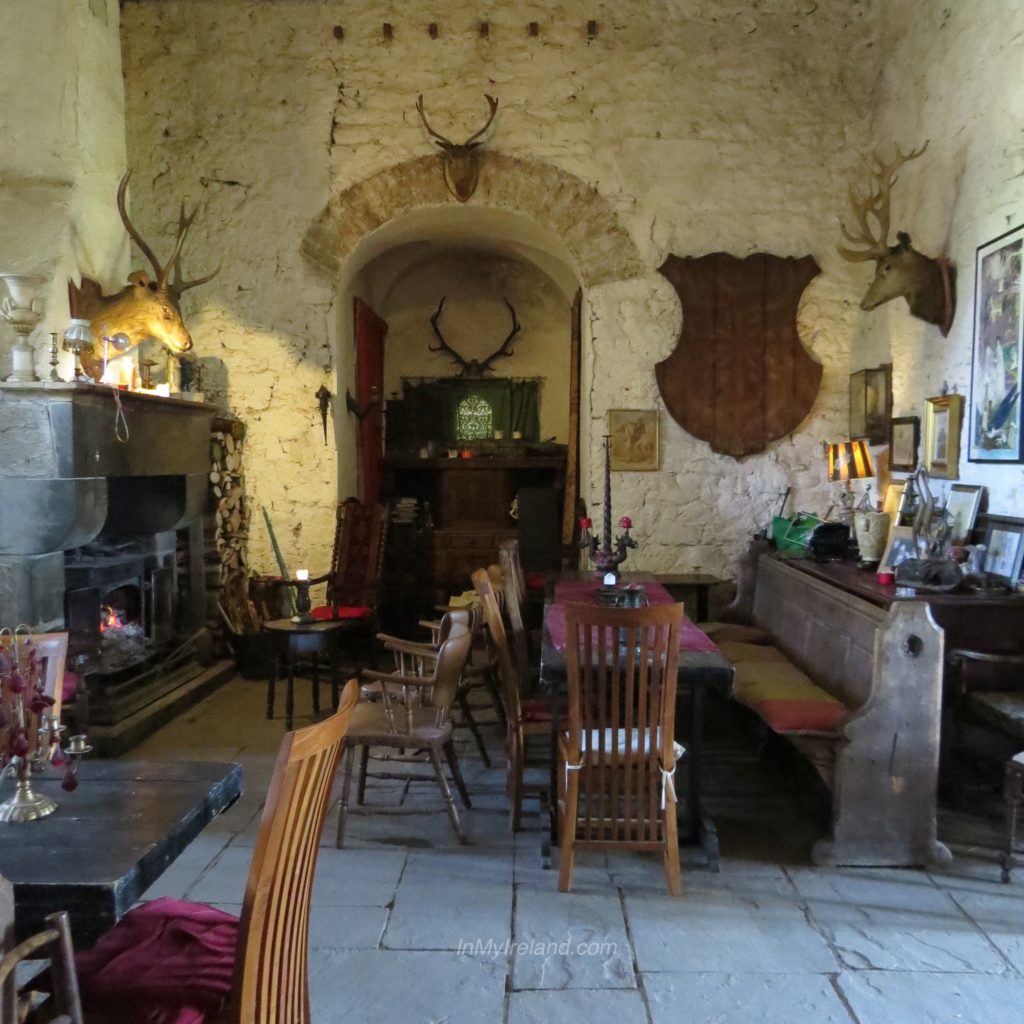 The first thing I noticed about the castle, which Sean also pointed out, is that the atmosphere in the building, in spite of the activity and its reputation, is very “friendly”, for lack of better term. I at no point felt unease and the first sign of anything amiss was when I photographed the famous “bloody chapel”, which is situated on the third floor.

One of the gruesome murders to take place in the castle occurred in 1532 in this room. Aiming my camera at a window, I was surprised to find after numerous attempts, I failed to capture a clear shot, my camera instead capturing blurry, out of focus, images, which is unusual, as it’s set to automatically find and focus on subjects and has always been very good at doing so. A little surprised, I turned and took a picture of the smaller doorway leading out of the room, when I noticed a small blue light on my camera’s viewfinder, the moment I took the pic. Suspecting a rogue light beam or reflection on my camera’s lens to cause this, I took a few more shots and found the same round, blue “orb”(?) appearing each time. (To my disappointment it did not appear on any of the photos I’ve taken.) 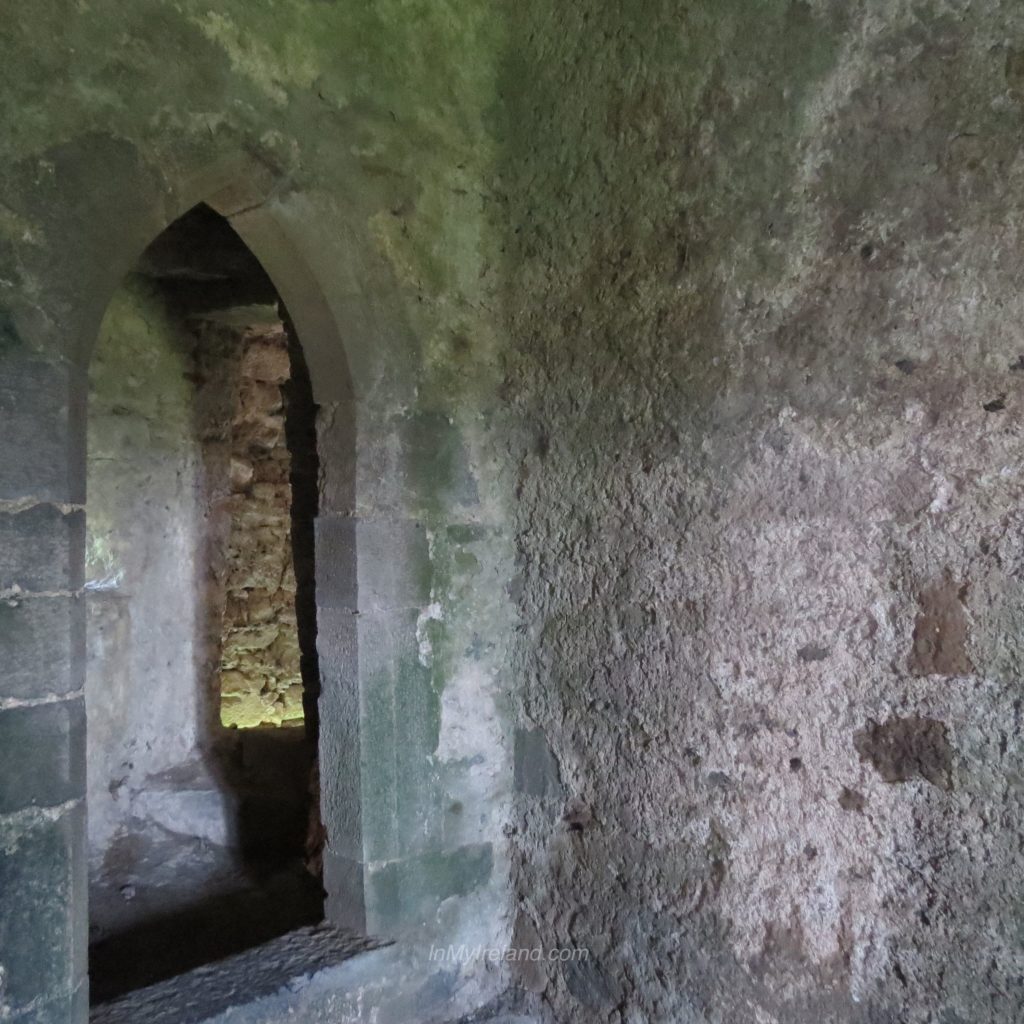 Heading down the narrow passageway sans camera, I found a nest of juvenile rooks and when attempting to take a photo of them, found my cell phone camera unwilling to cooperate. I headed back to the chapel after a minute and walked across the room to take more photos with my camera, this time seeing the same blue “orb” appear again, close to the opening, but this time on the wall. When querying Sean later about all of the above, he said “it happens all the time”.

According to history Leap castle is thought to have been built around 1250 over an existing site previously occupied by druids, who used the property for initiation ceremonies. Leap Castle was originally named Leim Ui Bhanain which means “Leap of the O’Bannons” which leads to the origin of its name.

The castle was the principal seat of the fearsome Ely O’Carroll clan. Following the death of the chieftain Mulrooney O’Carroll in 1532 a bitter dispute arose between his sons over the leadership of the clan. A dispute which was brought to an end by a brutal murder in the now aptly named “Bloody chapel”. ‘One-eyed Teige O’Carroll’ who as mass was being celebrated in the room, stormed in chanting holy rites, before driving a sword into the back of the priest, who was also his older brother, Thaddeus. The fatally wounded priest fell onto the altar in front of his family and breathed his last. 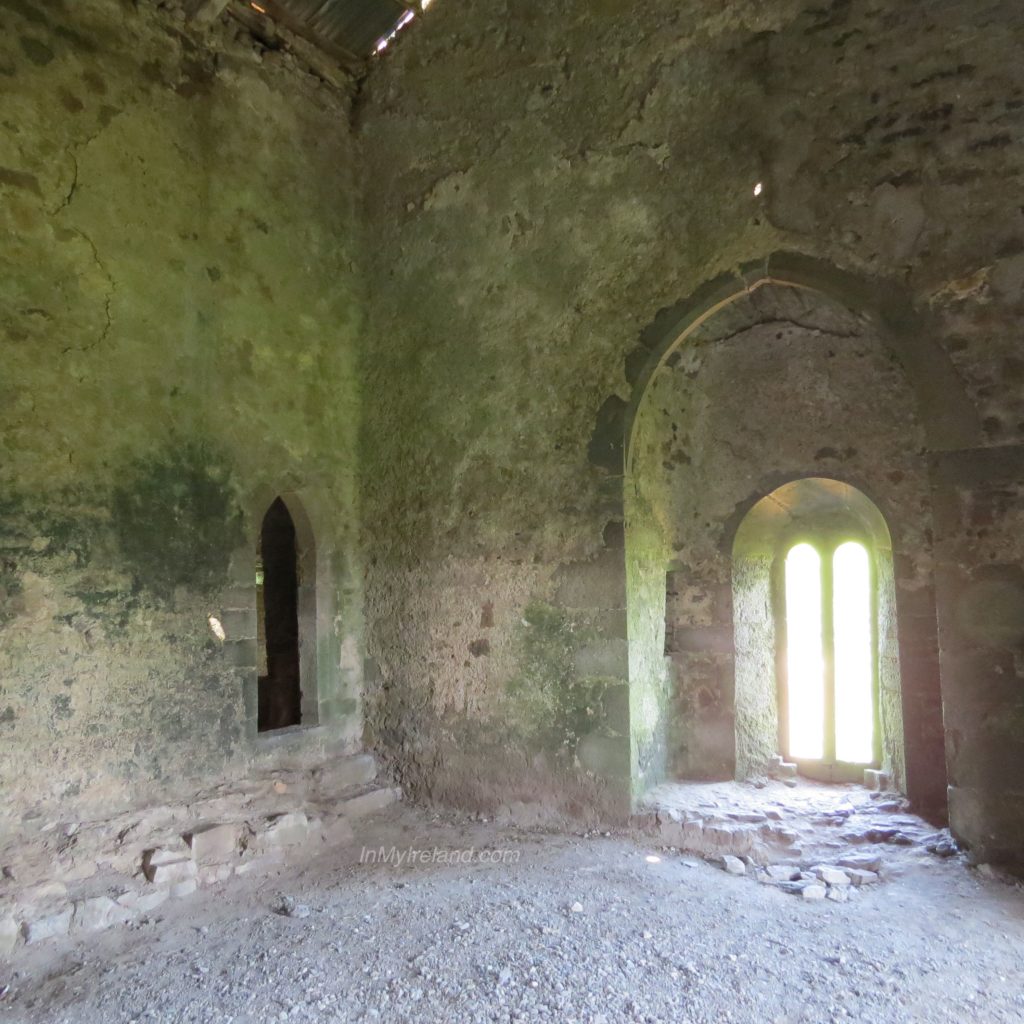 In 1922 workmen at Leap Castle found an oubliette in a secret dungeon hidden behind a wall in a corner of the Bloody Chapel. When they explored the sinister dark hole further they made a horrific discovery: a large number of human skeletons amassed on top of wooden spikes. The remains took 3 cart loads to remove them all. Prisoners, or unfortunate “guests” of the O’Carrolls would have been dropped down through the hidden trap door above the oubliette, before being punctured by the wooden spikes below. There they would be left to die a horrific death, within earshot of the merry making of their hosts and other, perhaps more welcome, guests  in the hall below. 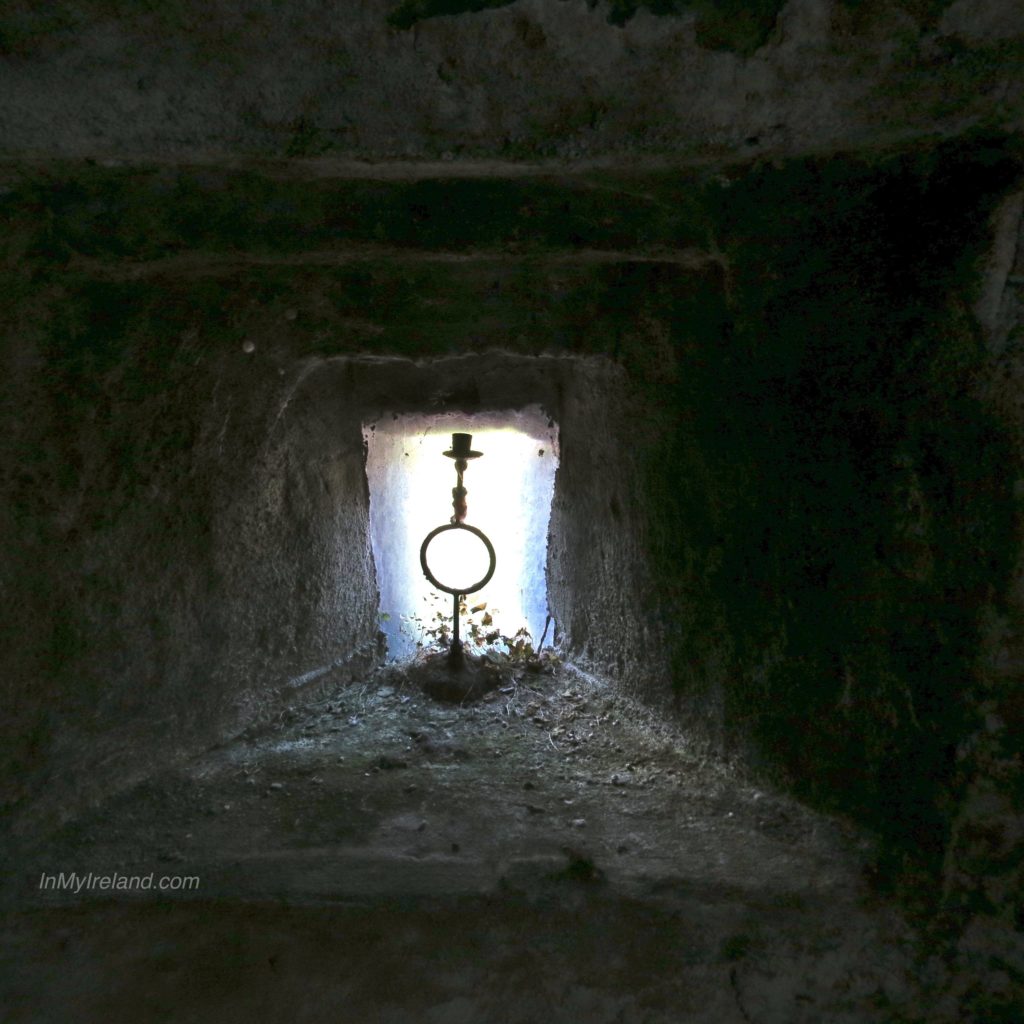 Another infamous and most treacherous killing that took place at Leap Castle was when about 40 members of the northern McMahon clan had been hired by the O’Carrolls to train them in new methods of warfare. The McMahon men attended a feast at the castle in celebration of a victory over a rival clan of the O’Carrolls. However, their ruthless employers had poisoned their food so as to avoid having foot the bill. The ghosts of the unfortunate McMahon clan are said to haunt Leap Castle to this day. 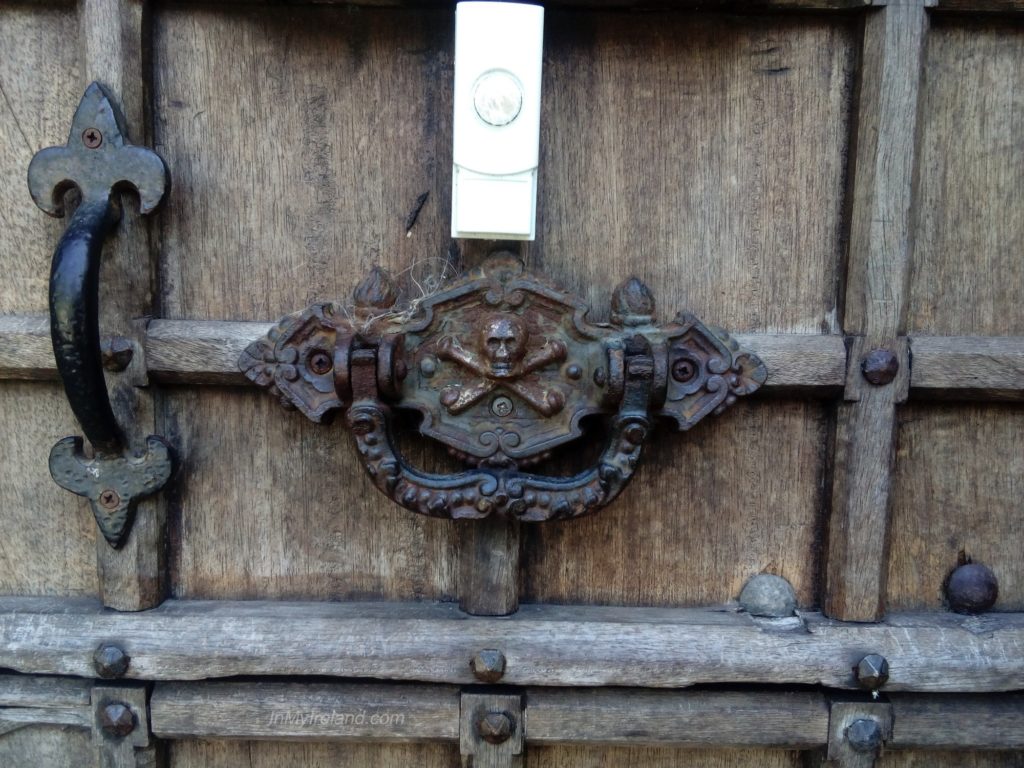 In the 1600s the ownership of Leap Castle passed to the Darby family, when the daughter of the O’Carroll chieftain fell in love with an English Captain Darby. Their son, Jonathan Darby, hid vast treasures in the grounds of the castle during the English Civil War. The two servants who helped him hide his riches were later murdered to guarantee their silence. Darby however was later imprisoned for treason and when released years later, the turmoil of his time in captivity was such that he was unable to locate his treasure. It is said that the riches remain undiscovered to this day.

During the 18th century Jonathan’s great grandson, also named Jonathan Darby, had the castle remodelled to give it a Gothic appearance. 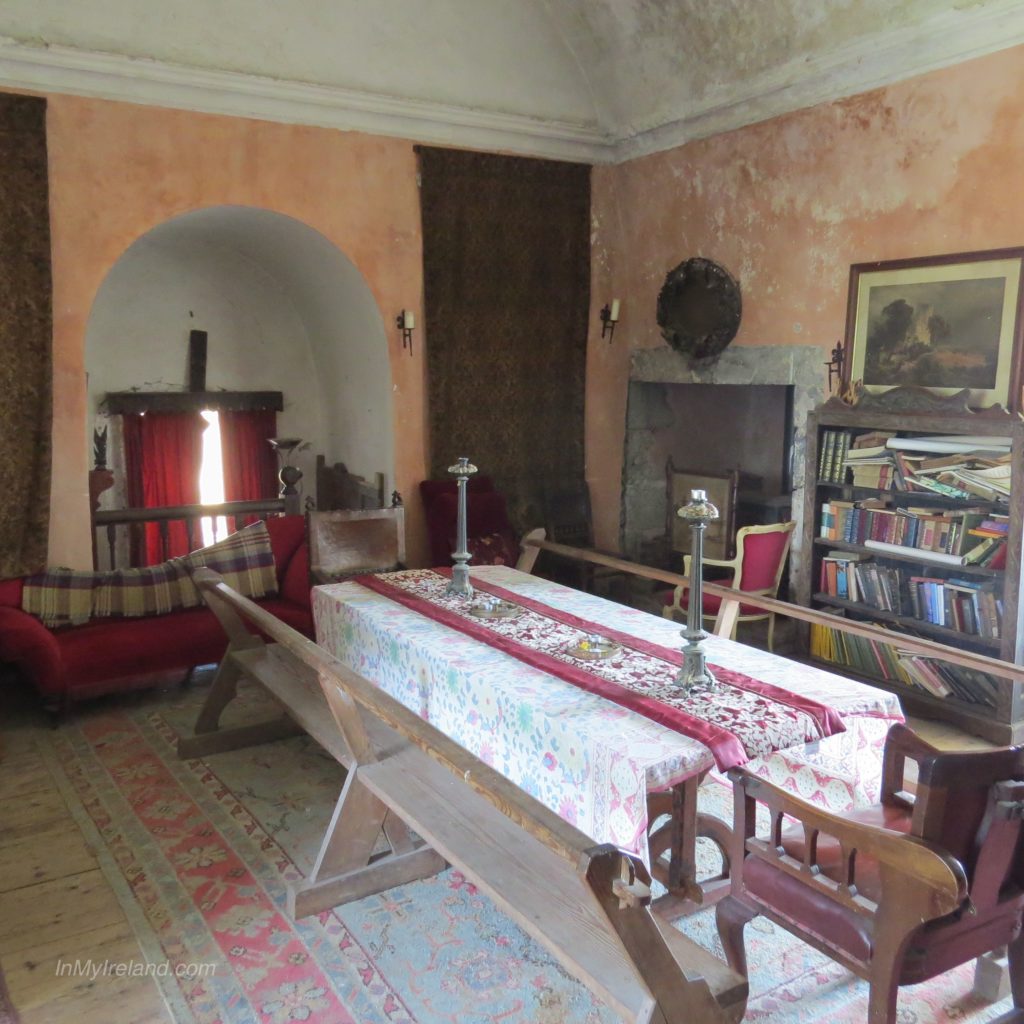 It was one of the Darbys, Mildred, who is believed to have brought the most infamous and evil spirit to Leap Castle. In the early nineteen hundreds the occult was a fashionable pastime for the gentry and Mildred begun dabbling in the black arts in Leap with terrifying results. She is credited with unleashing an Elemental spirit into the castle, a type of primitive ghost that attaches itself to a particular place. It can be malevolent, terrifying and unpredictable.

This Elemental made its presence felt within the castle with a ferocious intensity for much of following century. 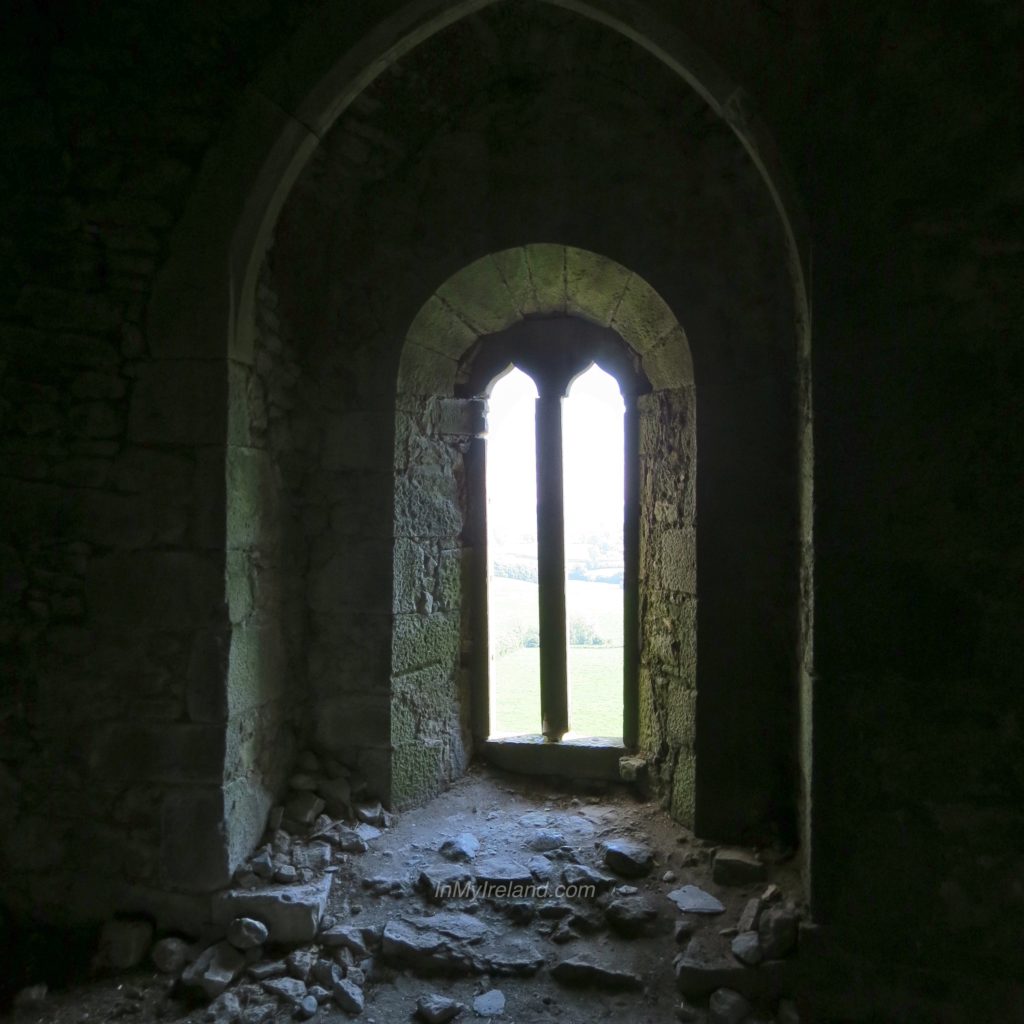 Leap was burnt out and destroyed in 1922 by the IRA while the Darbys were living in England. It was briefly occupied by a friend of the Darby family, before being left to lay dormant until it was purchased in the 70s by an Australian historian, Peter Bartlett, who was actually an ancestor of the founders of Leap Castle, the O’Bannons. Bartlett did extensive restorative work for fifteen years and claims to have witnessed poltergeist activity through much of it. His renovation efforts were tragically cut short when he died in 1989. In 1991, musician Sean Ryan and his wife Anne purchased Leap Castle and resumed its restoration, which is still ongoing. 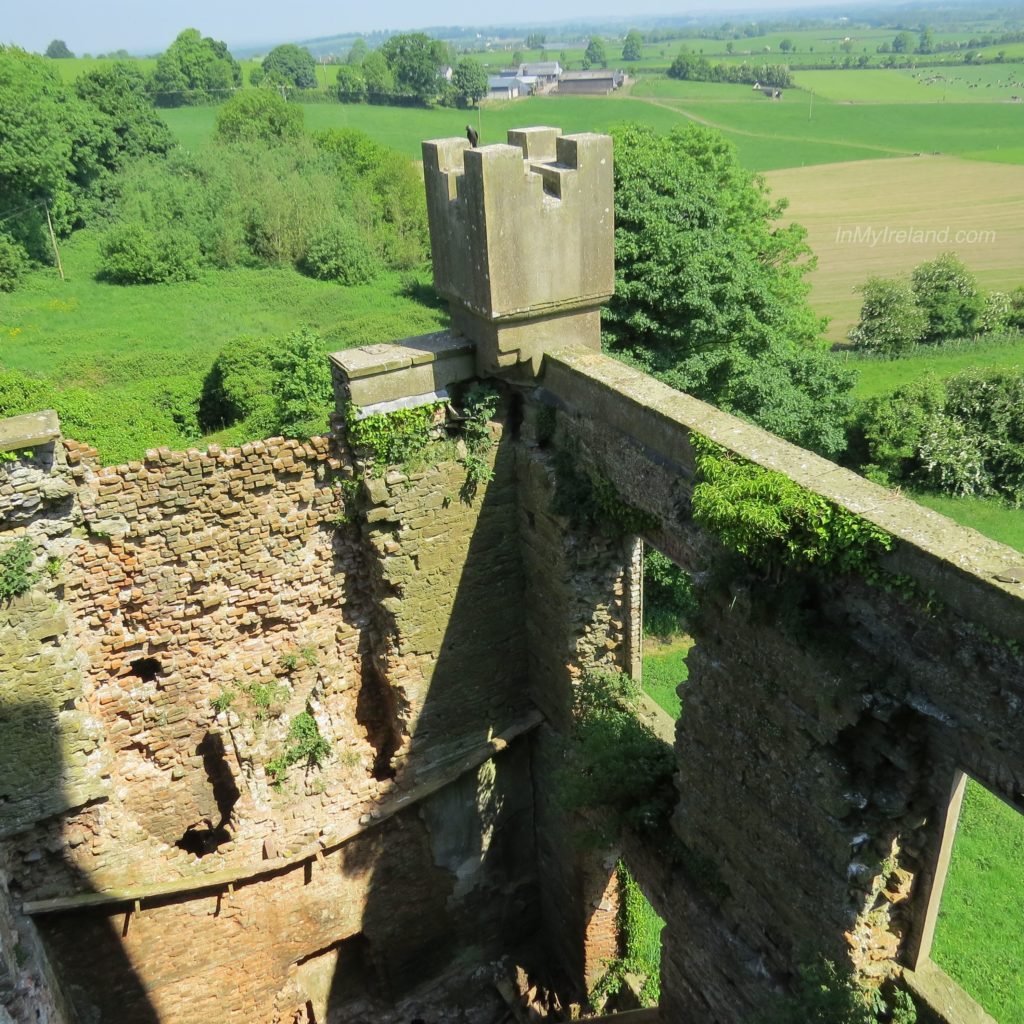 What is it like to live in such a haunted home? For most I think the experience would be unnerving, but Sean told me they leave each other in peace. They (he and his wife, Anne, who I did not get to meet) live peacefully along their predecessors and “don’t bother each other”. When asked about his experiences in the castle he told me they see and hear things near daily. Voices coming from the next room, which seem to move away on investigation, he said “you cannot get to it”, doors opening and closing, which “are not our doors”, footsteps and apparitions, as clear as a living person, seen on many occasions.

I really enjoyed my visit and time spent at this wonderful castle and would highly recommend it to visitors, not just for the ghosts!